Over 2,700 Gifts Received By PM Modi To Be Auctioned From September 14

The lowest base price of the mementoes is Rs 200 and the highest is Rs 2.5 lakh, Culture Minister Prahlad Patel said. 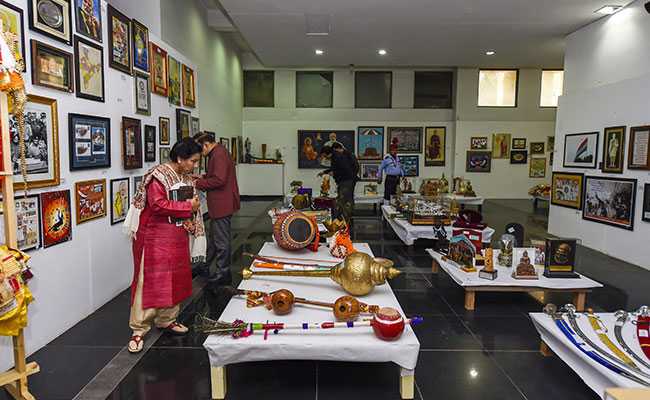 Previously, over 1,800 gifts received by PM Modi were auctioned in January this year (File)

Over 2,700 gifts Prime Minister Narendra Modi received from across the country will go for auction from September 14 and the fund generated will be used for conservation and rejuvenation of the Ganga, Culture Minister Prahlad Patel said on Wednesday.

Currently on display at the National Gallery of Modern Arts in New Delhi, a total of 2,772 gifts including head gears, shawls, portraits, swords gifted by different organisations and chief ministers to the PM will be up for the auction on an online portal designed by the National Informatics Centre.

"The gifts received by the PM in the last six months will be auctioned. This time the auction will be completely online (earlier an auction happened in January). I thank the PM for giving us this opportunity. The minimum reserved price for the items is Rs 200 while the highest is Rs 2.5 lakh," Mr Patel said.

At a base price of Rs 2.5 lakh, a portrait of PM Modi done on silk and gifted by couturier and the owner of Seematti textiles Beena Kannan has been tagged as the most expensive item.

The base or reserved price of the items have been fixed by experts.

The mementos include 576 shawls, 964 angavastram (clothes), 88 pagris (head-dress) and various jackets portraying the diversity of India. There are also many replicas of cow.

The minister said that the items up for auction which are being displayed at NGMA will be changed every 15 days.

In the January auction, over 1,800 gifts received by the prime minister were sold in a fortnight-long exercise and around 4,000 bidders participated. The funds generated went towards the Namami Gange, a central government project to clean the Ganga.

The proceeds from the upcoming auction will also go to the same project.

A wooden replica of the BMW built by artisans was the most expensive memento to be sold at the e-auction, officials said, which fetched Rs 5 lakh.

They, however, refused to reveal the total amount generated in the January auction.