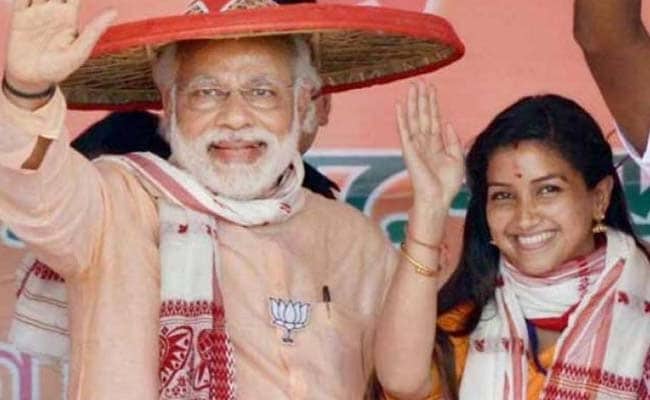 New Delhi: One of the BJP's newly-elected lawmakers in Assam, Angurlata Deka, has been besieged on social media with sexist comments.

In the past few days, photos from her acting and modelling days have been shared online along with captions that range from vulgar to plain vicious. The attacks have provoked anger at a time online trolling by rival political activists has become a huge debate.

Many have come out in her support on twitter and condemned what they call the worst kind of objectification. They are rattled by the latest offender, filmmaker Ram Gopal Varma, who tweeted pictures of the lawmaker.

Within seconds, the filmmaker was barraged by tweets with #SaySorryRGV.

"When u cant respect  women then how can v respect u. #SaySorryRGV" tweeted Anirudh Jain.

The comments multiplied after Mr Varma's so-called clarification, which was anything but.

With regards to my comment on Angoorlataji,I was just paying a compliment to her .since most MLA's don't look good it was such a change

Ms Deka, a popular Assamese actor, won from the Batadroba constituency against a Congress veteran, Gautam Bora, in the polls this month. She has worked in several Bengali and Assamese films and once portrayed Benazir Bhutto in Assamese Mobile Theatre.

The young actor joined the BJP last year. She was one of the six women fielded by the party in Assam and one of the two who won.
Comments
Angurlata DekaAngoorlata DekaAssam MLAAssamRGVRam Gopal Varma