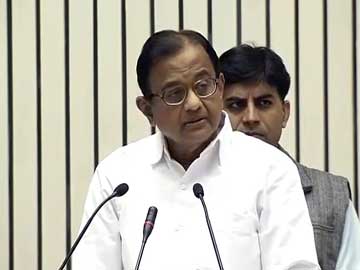 Speaking at a meeting here, Chidambaram said the decision of Prime Minister Manmohan Singh's decision to skip the CHOGM (Commonwealth Heads of Government Meeting) in Colombo was correct and it was like a shock treatment.

Sending External Affairs Minister Salman Khurshid to attend the CHOGM was also correct as dialogue should continue with the island nation, he added.

Taking a dig at the denial of US visa to Gujarat Chief Minister Narendra Modi, Mr Chidambaram said Sri Lanka too can deny visa to Indian officials and ministers.

Refuting the propaganda in the state that the United Progressive Alliance (UPA) central government had not done much for the Lankan Tamils, Mr Chidambaram said the Indian government has spent around Rs.1,200 crore for the welfare of Tamils in the island nation.

He said the Congress party wants strict implementation of the 13th Amendment to the Sri Lankan Constitution that promised devolution of powers to Tamils.

Promoted
Listen to the latest songs, only on JioSaavn.com
He also said that the Congress wants an impartial probe into the killings of Tamils in Sri Lanka.