The police have registered a case after the undated video from Jammu and Kashmir's Handwara was shared on social media. 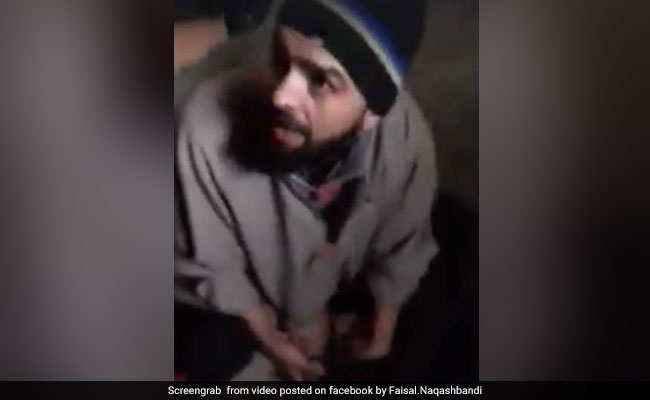 The video shows teacher in Kashmir threatening a boy if he does not mend his behavior.

A young boy shrieks as a man holds an axe over him, threatening to "slaughter" the child, a video that has emerged from Jammu and Kashmir shows. The man in the video is a teacher at a private school in north Kashmir's Handwara and the boy, his student.

The video shows the teacher threatening the boy if he does not mend his behavior. The boy cries in terror as he is pinned to the floor by the man. Other students can be seen seated on the floor.

"Close your eyes. I am going to slaughter him," the teacher tells the other students in Kashmiri.

The students are not dressed in their uniforms and are wearing winter clothes like Pheran (traditional Kashmiri gown used to keep warm during winter) and sweaters.

The police have registered a case after the undated video was shared on social media. People who are believed to have details on the incident are being questioned, a police spokesperson said.

"Today (Tuesday), a video was found circulating on social media, in which a young boy is seemingly held to the ground by a male person, who is holding an axe in another hand and threatening to assault him with it," the spokesperson said.

NDTV is not showing the video because of the disturbing nature of visuals.

Locals and social media users have demanded stern action against the teacher after seeing the video.

"Is he a teacher or butcher? The child is so frightened, he could have died of shock alone. Mindless person," a person wrote on Facebook.