Karni Sena has continued its protests against "Padmaavat" despite Supreme Court's go-ahead to the film.

Jaipur: Censor board chief Prasoon Joshi will not be allowed to enter Rajasthan to attend the Jaipur Literature Festival, the fringe group Rajput Karni Sena said today, continuing its protests against "Padmaavat" despite the Supreme Court's go-ahead to the film.

"We won't allow Prasoon Joshi to enter Rajasthan. The moment he steps into the airport, we will follow him and we will protest," said Sukhdev Singh, a member of the Karni Sena, which has led the protests against "Padmaavat".

Yesterday, the Karni Sena vandalized a theatre in Bihar and blocked a road in Rajasthan, not long after the Supreme Court said "Padmaavat" cannot be banned by states on grounds of potential law and order problems.

Haryana, Rajasthan, Gujarat and Madhya Pradesh had refused to show the film despite the clearance of the Prasoon Joshi-headed Central Board of Film Certification earlier this month.

Groups like the Karni Sena allege that the film distorts the story of Chittor Queen Padmini and shows Rajputs in poor light. 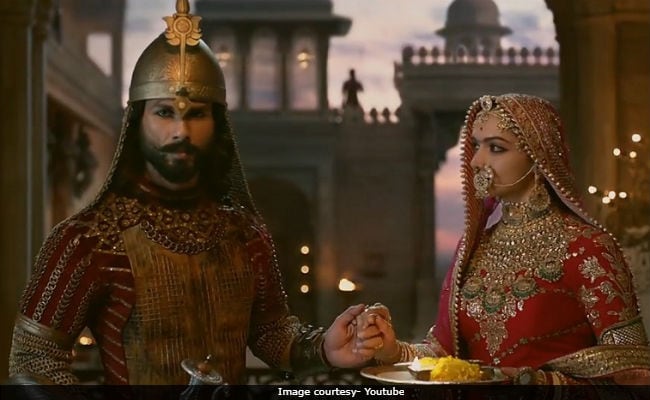 On a petition by the Padmaavatproducers challenging the states' ban, the Supreme Court said, "If Bandit Queen can be shown, why not Padmaavat?... A film may bomb at the box office or people may choose to not watch it, but states cannot use their machinery to prohibit its exhibition citing risk to public order."

The protesters had threatened to destroy theatres that screened the film starring Deepika Padukone, Shahid Kapur and Ranveer Singh.

Their threats remain unchanged by the Supreme Court ruling.

Rajasthan Home Minister Gulab Chand Kataria said the state respects the Supreme Court's decision but didn't rule out an appeal. "The court decision will be examined by our law department, further steps will be taken after that," he told reporters.

On the threats to Prasoon Joshi, the minister said: "We will act appropriately...whatever action is needed will be taken; our department is alert and will act."

Promoted
Listen to the latest songs, only on JioSaavn.com
Last week, the Mumbai police arrested 132 members of the Rajput Karni Sena for protesting outside the censor board office in the city. The outfit has demanded a ban on the film.

The mega-budget costume drama is based on the 16th century poem by Malik Muhammad Jaisi.