The expert said that both variants at this time are behaving the same and none of them is more dangerous than the other because everybody knows Omicron behaves differently from Delta. 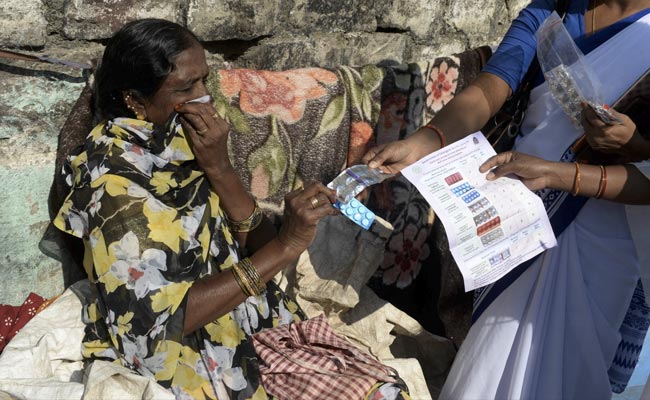 The Omicron variant driven wave of COVID-19 will now turn to small towns and villages in the coming few weeks after its transmission in metro cities as each time a wave follows this trend, said Dr Rajeev Jayadevan who is advising COVID-19 task force at IMA Kochi, Kerala.

"Each time, a wave first hit high mobility areas which include metro cities and then to smaller areas and villages. So, within the next few weeks, it (Omicron driven wave) will travel to the smaller cities or towns and then the villages. This is a trend that's been observed worldwide," Dr Jayadevan told ANI.

Speaking about whether Omicron could replace other COVID variants and it is going to remain as a common cold, Dr Rajeev said, "That is not true in fact if you look at the history of the pandemic in the last two years, variants have all died down. In fact, there is no variant that is survived long enough to be dominant. There may be a few stray cases here and there."

He further cited an example of South Africa and said that their waves are classic.

"Six months apart the first wave was the original Wuhan variant, the second was Beta, the third was Delta and the fourth was Omicron. For India, we were hit by the original Wuhan variant back in March 2021 and then we got hit by Delta last year. Now this year, we have been hit by Omicron. So, it is quite convincible that Omicron will hang around for a while. It's unlikely that Delta will survive in the long run," he added.

Dr Jayadevan also said that both variants at this time are behaving the same and none of them is more dangerous than the other because everybody knows Omicron behaves differently from Delta.

"When delta came, a large section of our population was scared because they had never seen the virus before and they were not vaccinated, whereas Omicron is reaching at a time when the vast majority of people have either had natural exposure to the virus or vaccinated," he added.

He also said there are also some studies that report that Omicron behaves slightly differently with different tissue cells and it is less amenable to cause infection in the lung.

"I'm getting reports on the ground that lung disease specifically is lower with this (Omicron) variant," the health expert said.

However, Dr Vivek Nangia, Principle Director and Head, Pulmonology at Max Hospital said that people are developing COVID-19 symptoms even when they aren't going out.

"This is absolutely correct that Omicron has gone into a stage where it's more into community spread than only by the travellers coming from abroad which have led to a rise in COVID cases," Dr Nangia stated.

He also said that the Omicron variant is unlike the Delta variant of coronavirus infection because people recover early in the case of Omicron.

"People who haven't even travelled outside and not even from their home they are also developing symptoms," he added.