The wrestler had been linked to the BJP in March before Lok Sabha polls in April-May. According to a report by news agency PTI, his name had been recommended by the BJP's state unit 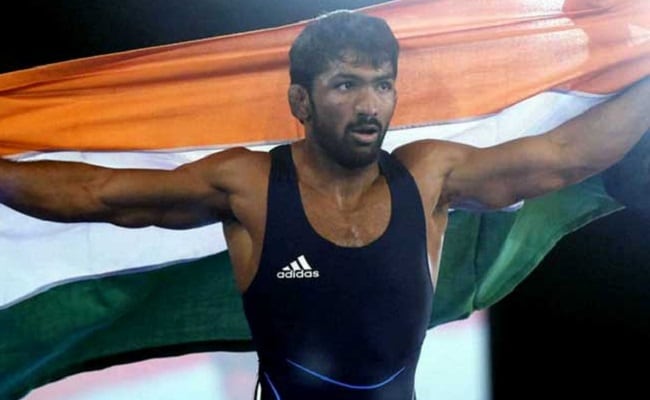 Wrestler Yogeshwar Dutt, who claimed a bronze medal at the Olympic Games in London in 2012 and was awarded the Padma Shri in 2013, is expected to join the BJP shortly, ahead of Assembly elections in Haryana next month. The 36-year-old athlete, who was born in Sonipat, may also be fielded as a candidate in state polls that have been scheduled for next month.

"Yogeshwar Dutt met with senior BJP leaders at the party HQ today. He will resign from the government service and then join the party," BJP Haryana President Subhash Barala said.

The wrestler had been linked to the BJP in March before Lok Sabha polls in April-May. According to a report by news agency PTI, his name had been recommended by the BJP's state unit.

Yogeshwar Dutt made headlines in 2017 after he and Indian cricketer Virender Sehwag were seen as trolling 20-year-old Gurmehar Kaur, the daughter of an Indian soldier who was subject to shocking online abuse and even threatened with rape after she criticised the BJP-linked student body ABVP in an online post.

She had also been viciously criticised for an earlier Facebook post in which she said her father had been killed by war and not Pakistan.

The Election Commission, on Saturday, announced polling dates for assembly elections in Haryana and Maharashtra, as well as bypolls for 63 assembly seats across 17 states and a Union Territory. All elections will take place on October 21 and results will be declared on October 24.

Both the Sonipat and Rohtak seats, one of which may be used to launch Yogeshwar Dutt into politics, are currently held by the BJP, which won 47 seats in the 90-member house in 2014 polls.

In Sonipat, the BJP's Kavita Jain beat out the Congress's Dev Raj Diwan by more than 25,000 votes. In Rohtak, Manish Kumar Grover of the BJP edged out Bharat Bhushan Batra of the Congress by a little more than 10,000 votes.

The BJP has already held several rallies in Haryana, with Prime Minister Narendra Modi kick-starting the party's campaign in Rohtaky.

"It is clear whom Haryana will bless in the coming days," the Prime Minister said, reminding voters they had given his party all 10 Lok Sabha constituencies in the state and asking them to support the BJP as they did five years ago.

A major election issue in Haryana is likely to be the NRC exercise that has been called for by BJP leaders, including Chief Minister Manohar Lal Khattar. The centre's contentious decision on Article 370 is also likely to be a major campaign point, with the Prime Minister telling voters: "... be it Jammu and Kashmir and Ladakh or the water problem, people have started looking for solutions".