Ola Pulls Down Controversial Ad After Outrage On Social Media 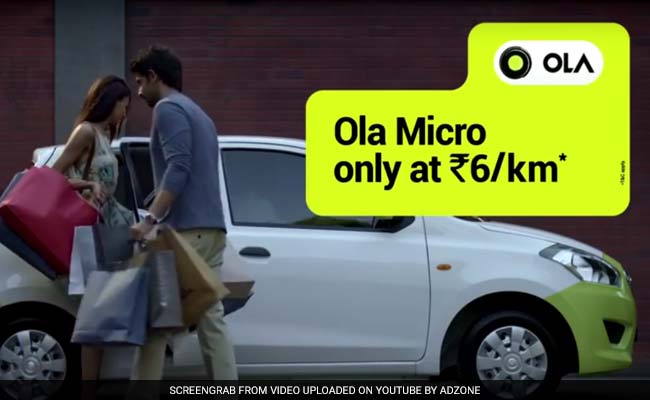 Ola pulled down the YouTube ad after it created an outrage on social media.

New Delhi: Taxi aggregator Ola has pulled down an ad from its official YouTube channel after an outrage over it on social media.

The ad titled "Micro Stories: Too expensive to take GF out on a date?" was released earlier this week.

The ad features a man walking through a market with his girlfriend, being forced to stop at every shop, as the woman selects things for him to buy for her.

While most Twitter users slammed Ola for what they called "sexist portrayal of women", some of them said the ad shouldn't have been pulled down. Below are some of the tweets:

hey @Olacabs , brief your ad agency about how blatantly sexist ads never worked. For anyone.

2016 and @Olacabs still makes ads where women depend on men to buy things. Not to miss subtle objectification by comparing them with cars :)

Unfunny and quite a sexist ad by @Olacabs. Honestly, I do not even get the point of this ad. Whats the message? https://t.co/PKfYK9c0bQ

congrats @Olacabs! You have just set a new milestone in sexism and misogyny with your new ad. @FeminismInIndia

Dear @Olacabs, u shouldn't have pulled down the Ad. Some feminazis will keep finding faults in everything, ignore their rants.

Not booking a cab under a service which projects such a discriminatory, vile, sexist, retrogressive outlook in an ad. @olacabs Shame!

Whatever happens @Olacabs that ad is a good one!

After the outrage, Ola tweeted, "We understand one of our TVCs has ended up hurting some sentiments. We've pulled it down. However, #OlaMicro continues to run at Rs.6/km."

We understand one of our TVCs has ended up hurting some sentiments. We've pulled it down. However, #OlaMicro continues to run at Rs.6/km.