Officials Trek Through Villages For India's Most Ambitious Jobs Survey

More than 100,000 sample households across 7,500 villages and 5,000 urban blocks will be questioned every quarter to generate closer-to-real-time information. 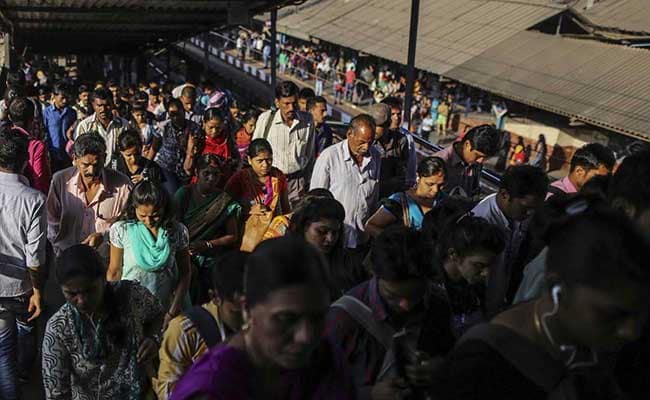 The jobs survey to date will reveal annual employment numbers and quarterly estimates for cities.

As the summer heat started to rise this April, hundreds of researchers began a trek through villages and cities seeking answers to one of the country's enduring policy puzzles - jobs. The answer could shape Prime Minister Narendra Modi's re-election bid in 2019.

India's most ambitious jobs survey to date will reveal annual employment numbers for the whole country and quarterly estimates for its growing cities. That's a significant change from the current system where the latest numbers are at least one-year old.

"This data will bridge a huge gap," said Pronab Sen, country director at the New Delhi-based International Growth Centre and India's former chief statistician. "This survey will give us an idea of the size of the GDP of India's informal sector - there's no other major economy with such high levels of informality," he said. More than 90 percent of workers exist in the grey economy - unaccounted for in any official statistics - which complicates efforts to track unemployment.

India has so far lacked a reliable policy tool in the form of real-time employment numbers to help policy makers and its central bank. Labor is governed by both central and state governments and data collection is scattered, with seven central agencies publishing reports, according to the Statistics Ministry.

The government has trained more than 700 researchers to feed data directly on to tablets instead of the usual paper questionnaires, according to Rakesh Kumar, additional director general of the National Sample Survey Office.

More than 100,000 sample households across 7,500 villages and 5,000 urban blocks will be questioned every quarter to generate closer-to-real-time information, creating seven quarters worth of credible and comparable quarterly and annual labor data for the first time, Mr Kumar said. The first tranche of data is expected to be revealed in December next year.

While India is one of the world's fastest-growing economies, employment creation in eight sectors, including textiles and automobiles, was the slowest in seven years, according to a 2016 Ministry of Labour report. More than 12 million Indians enter the workforce every year, government data show. Between 2011 to 2015, the number of agricultural jobs reduced by 26 million while non-farm ones rose 33 million, according to McKinsey Global Institute.

Before sweeping to power in the biggest election win in 30 years, PM Modi appealed to young job-seekers - more than half of the population - with a promise to create 10 million jobs. Three years later it remains unclear how many positions have been created. While his critics say PM Modi's biggest failure so far has been his inability to increase formal employment, officials in his government say the claims of jobless growth are a "bit bogus." 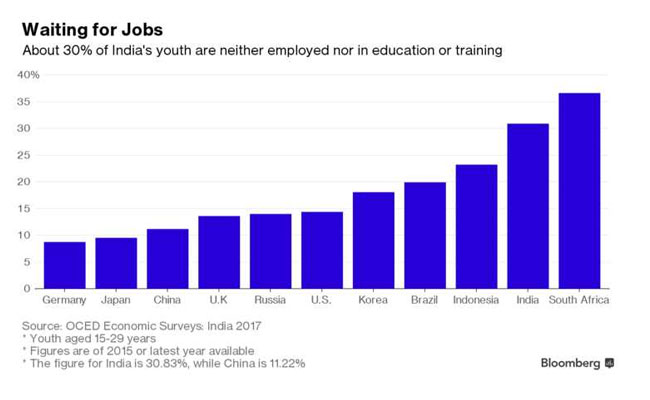 "The nation will come to know whether prime minister Modi has been able to fulfill his electoral promise of creating jobs," said Satish Misra, an analyst at the New Delhi-based Observer Research Foundation. "It will be an answer to India's unemployment puzzle."

The survey may also be the first set of comparable economic data from India since 2015 when PM Modi's government initiated changes to how the nation plots economic indicators like inflation and gross domestic product. Policy makers and economists have puzzled over new GDP and inflation calculations that catapulted India to become the world's fastest-growing major economy.

The picture was muddled further in November last year after the Prime Minister overnight canceled 86 percent of currency in circulation.

With its landmark goods and services tax launched on July 1, calculations used to compile GDP and inflation data are also expected to be out of sync for at least a few months.

Promoted
Listen to the latest songs, only on JioSaavn.com
Yet, there's some apprehension about whether the government will keep to its timetable to release the labor survey. The task force formed last month under NITI Aayog's vice chairman Arvind Panagariya recommended an employment survey every three years.

"It seems the data may not go in his government's favor as there is not much evidence of job creation because of slow down of economy and demonetization," said ORF's Misra about whether PM Modi will release the jobs survey findings next December. "In that case he will not allow the data to be released few months before the election - if he releases, it will be a bold step."

Survey for India's most Ambitious jobjob growth in India