The incident took place when the House hurriedly passed the Odisha Lokayukta (Amendment) Bill within minutes without any discussion. 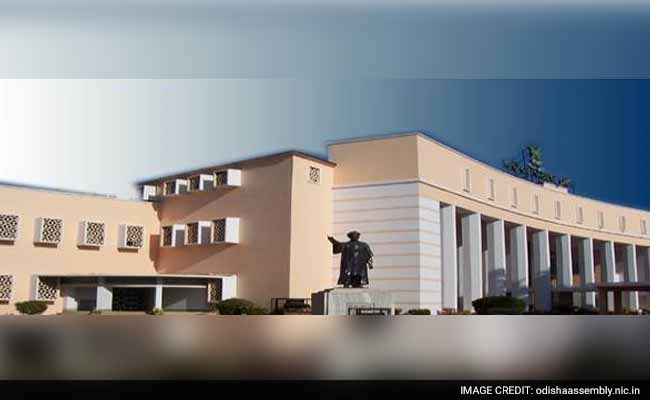 Odisha Assembly on Saturday witnessed an unpleasant scene when members of the Opposition BJP allegedly hurled slippers, earphones and papers at the Speaker's podium.

The incident took place when the House hurriedly passed the Odisha Lokayukta (Amendment) Bill within minutes without any discussion. Speaker SN Patro had earlier rejected a notice from Congress to conduct a discussion on alleged corruption in mining activities.

Two senior BJP lawmakers - JN Mishra and BC Sethi - were seen standing at their seats and hurling some materials towards the Speaker's podium as a mark of protest.

The objects hurled by them were slippers, papers, pen, dustbin and earphone. However, the slippers and other materials did not reach the podium.

While BC Sethi refused the allegation of throwing slippers towards the Speaker's podium, JN Mishra said: "I do not know what exactly I have thrown, but he (Speaker) deserves this kind of behaviour. He does not function in a democratic manner".

The speaker said: "I am examining the incident. The law will take its own course."

Congress Legislature Party leader Narasingha Mishra condemned the incident and dubbed it as an "unfortunate" incident. He said the Congress had served a notice for a discussion on the mining activities, which has been rejected by the Speaker without any reason.

"It is also unfortunate that bills are passed in the House without discussion. Bills should not be passed when the House is not in order," he said.

BC Sethi said the BJP members were protesting over the Speaker's activities as he did not allow Leader of Opposition PK Naik to speak in the House.

"We also wanted a discussion on illegal mining activities and farmers issues. But, the Speaker did not allow it. Is it democratic?" he asked.

JN Mishra alleged that the behaviour of the Speaker is not acceptable as he does not function in a "democratic manner".

The House was adjourned till after lunch over the incident.