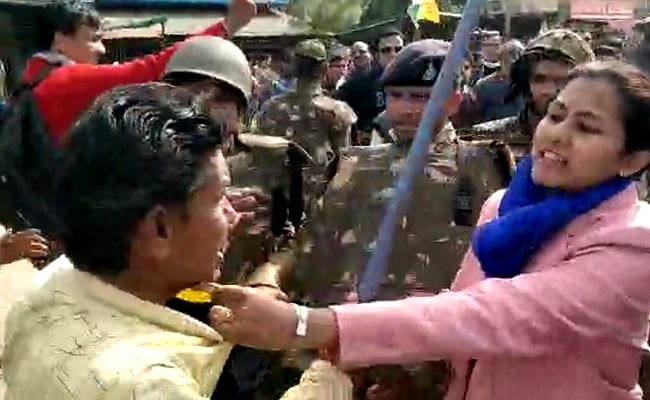 The Indore bench of the Madhya Pradesh High Court today issued notices to the Chief Secretary, Rajgarh District Collector Nidhi Nivedita and other officials for allegedly slapping BJP workers during a pro-citizenship law rally on Sunday. They have been given four weeks to respond to the notices. Meanwhile, senior BJP leaders, led by former Chief Minister Shivraj Singh Chouhan, have demanded that criminal cases be registered against Ms Nivedita and her junior, Priya Verma, for assaulting protesters.

Violence broke out at Sunday's rally in support of the citizenship law after officials and local police clashed with protesters who were trying to take out a march for which permission had been denied.

In a widely-circulated video, Ms Nivedita was seen slapping a man, believed to be a BJP worker, after protesters manhandled her colleagues, including Ms Verma, who had her hair pulled by an unidentified man.

"She (Nidhi Nivedita, the District Collector) feeds Congress workers with milk in her lap, but treats BJP people with sticks and slaps," Badrilal Yadav, a former BJP minister, said in a controversial comment after Sunday's clash.

#WATCH Madhya Pradesh: A protestor pulls hair of Rajgarh Deputy Collector Priya Verma, after she hits BJP workers and drags them. The clash broke out during a demonstration in support of #CAA. pic.twitter.com/7ckpZaFBkJ

In one of several videos of the violence, Ms Verma, a Deputy Collector, can be seen grabbing some men by their collars and dragging them to be taken away by cops. Other shots show her slapping and shouting at others, as an angry crowd gathers around her.

Towards the end of a nearly 75-second long video an unidentified man can be seen yanking on her hair, causing the hair band to fall off. However, the video doesn't show either Ms Verma or another colleague, Shruti Agrawal, being kicked, as was claimed by the Collector.

In another video, Ms Nivedita is seen slapping a protestor while he is trying to talk to her. 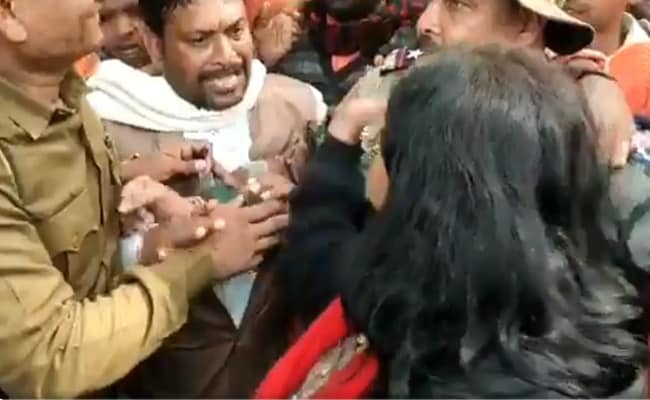 Two separate cases have been filed in this matter.

The first was filed against more than 600 identified and unidentified pro-CAA supporters - this includes over 120 BJP leaders and workers - for violating prohibitory orders under Section 144. The other case has been filed against two men for misbehaving with female district administration officers.