Narayana Murthy said he did not buy the idea of demonestisation, but a vast majority of rural Indians seemed to have welcomed it. 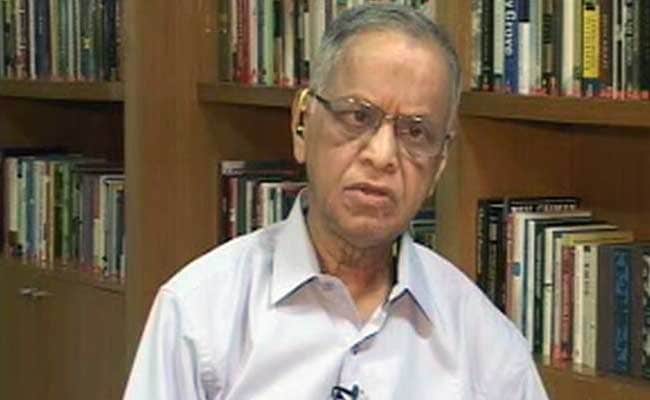 Kolkata: Infosys co-founder N R Narayana Murthy today said urban intellectuals did not buy the idea of demonetisation that the government implemented in 2016, but it did go down well with a majority of rural Indians.

Mr Murthy was speaking on the government's demonetisation of high value banknotes in November 2016 at a session with students of Presidency University.

"I am not an expert in economics but I saw that urban intellectuals did not buy the idea of demonestisation, but a vast majority of rural Indians seemed to have welcomed it," he said.

Mr Murthy said he himself could not understand the logic behind the demonetisation move since he is not an expert on the subject.

"Though I am not expert, but as a lay person I saw that when, for some reason, old 500 notes were demonetised, the government introduced new notes pretty quickly of the same denomination and even of higher Rs 2000 denomination. Only an expert can answer why this happened. I cannot understand... you should talk to experts," Mr Murthy said.

To another question, the Czar of the country's IT industry said India had not focused on low-tech manufacturing unlike countries like Japan or China, since the 1950s.

He said it is unfortunate that 75 per cent children in the country go to school but drop out before they reach class 8.

"Hence, when they reach the age of 22, they need job, but they are only fit for a job which is in low-tech manufacture. The economists should have thought of them right from 1950s," Mr Murthy said.

Stressing on the need to strike a balance between automation and human beings, he said, "We can take a decision...we will not follow automation up to certain level of our manufacture or services".