Speaking to ANI, Mr Bhadoria said that Savarkar was never in favour of social activist Bhim Rao Ambedkar, who worked for Dalits and drafted the Constitution. 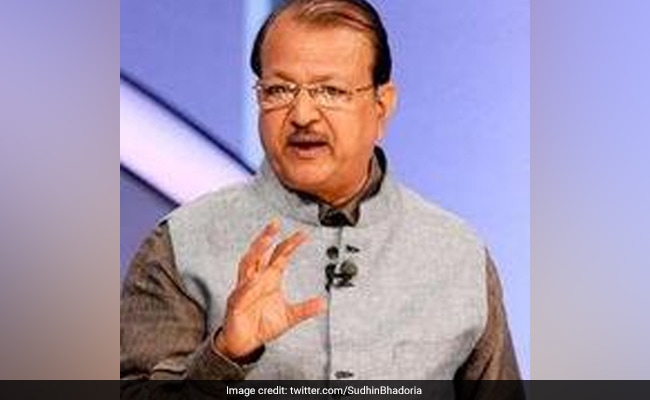 Bahujan Samaj Party (BSP) spokesperson Sudhindra Bhadoria today hit out at the BJP for proposing Baharat Ratna for Vinayak Damodar Savarkar in its manifesto for Maharashtra elections. He said that the highest civilian award should be conferred on party founder Kanshi Ram.

Speaking to ANI, Mr Bhadoria said that Savarkar was never in favour of social activist Bhim Rao Ambedkar, who worked for Dalits and drafted the Constitution.

"In its election manifesto for Maharashtra Assembly polls, the BJP has proposed Bharat Ratna for Savarkar. The announcement shows that the BJP is trying to politicise the institution of Bharat Ratna," he said.

Mr Bhadoria maintained that the BSP wants the government to confer Bharat Ratna on Kanshi Ram. He said Kanshi Ram had awakened the Dalits, OBCs, and underprivileged people.

"Bharat Ratna should first be given to Kanshi Ram, it is the demand of the BSP and also the masses of the country," the BSP leader said.

The manifesto released by the BJP on Tuesday had a page on Bharat Ratna awards in which the party proposed the names of Mahatma Jyotirao Phule, Savitribai Phule and Veer Savarkar for the country's highest civilian award.

Earlier in the day, Prime Minister Narendra Modi in his election rally in Akola, hailed Savarkar and said that it is because of his values that nationalism has been put at the core of nation-building.