The remains of 31 Indians, who were from Punjab and Himachal Pradesh, were handed over to officials at the Amritsar airport.

Asked about jobs for relatives of those killed, VK Singh said "this is not a game of football".

Amritsar: Union Minister VK Singh, who brought back today the bodies of 38 Indians killed in Iraq, was criticized for his sharp retort to reporters who questioned him about compensation for the grieving families: "This is not like distributing biscuits."

The minister, a former army chief, was speaking to the media at the Amritsar airport, where he arrived by a special C-17 transport plane, accompanying the coffins of the Indians killed in Mosul after they went missing in 2014.

"Yeh biscuit baantne wala kaam nahi hai, ye aadmiyon ki zindagi ka sawal hai, aa gayi baat samajh mein? Main abhi elaan kahan se karoon? Jeb mein koi pitaara thodi rakha hua hai (This is not like distributing biscuits, this is about the lives of the people. Understand! How do I make the announcement now, I am not carrying anything in my pocket)," General Singh snapped when asked about compensation. On jobs for relatives of the workers, the minister said "this is not a game of football."

Promoted
Listen to the latest songs, only on JioSaavn.com
Soon, he was being accused by rival parties and on social media of "insensitivity".

Min., V.K.Singh is now rubbing ‘salt on the wounds’ by rubbishing the demands for compensation for the families as akin to demand for ‘biscuits’.
Heartless, Shameful & Reprehensible! pic.twitter.com/52lxJ25T61

General Foot in Mouth mantri at it again. Insensitive. "Football" and "Biscuits"... inappropriate words when you are mourning the 39 dead #MosulTragedy Iraq

Sushma Swaraj had told parliament last month that the Indians were killed by the ISIS and their death was confirmed after DNA tests on remains dug up in Mosul, with tell-tale signs like kada (bangles), long hair, non-Iraqi shoes and turbans. 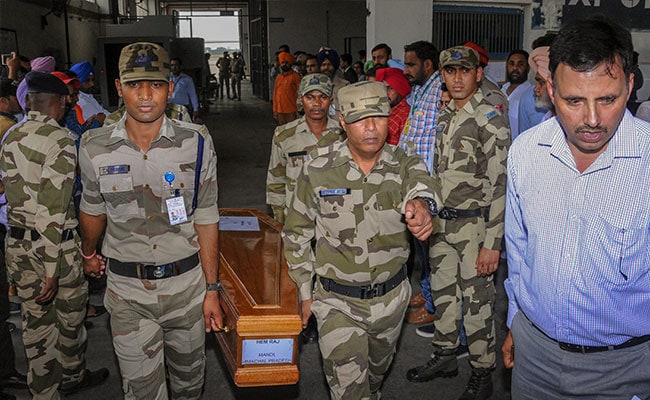 Remains of Indians killed in Mosul arrive in India