Haryana man was issued a fine of Rs 16,000 for not carrying important documents of his vehicle. 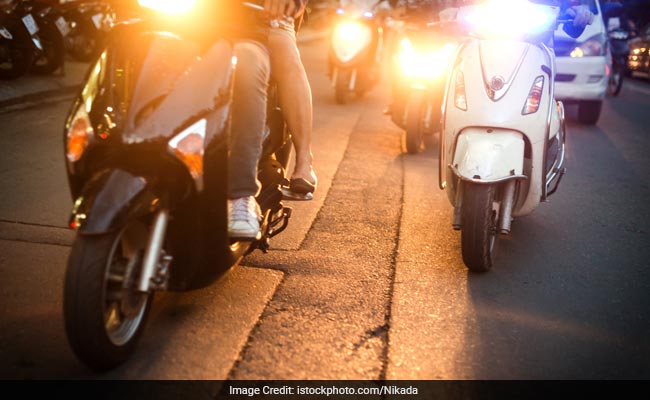 The man's scooty was impounded for multiple traffic violations.

A scooter rider was fined Rs 16,000 in Haryana for not carrying important documents of his vehicle, days after the amended Motor Vehicle law came into effect.

Mukul was issued a challan by Haryana police in Kaithal, around 120 km from state capital Chandigarh.

"We have fined him for Rs 16,000 and have also impounded his scooty. After knowing about the action against him, people will surely start following rules," said police sub-inspector Dharamveer.

Earlier on Monday, a scooter rider Dinesh Madan was fined Rs 23,000 by Gurgaon traffic police for multiple traffic violations. He was not carrying documents, the pollution certificate and helmet were also missing.

In another case, jumping the traffic light proved extremely expensive for an auto driver in Gurgaon's Sikanderpur area. He was fined Rs 32,500, news agency IANS reported.

Mohamad Mustakin who lives in DLF phase 3, was stopped by the traffic police for violating the traffic signal. When he also failed to produce any documents, his vehicle was impounded for multiple violations.

Mustakin, formerly a daily wage worker, said he had started driving auto two months ago and had no money to pay the fine.

Under the new rules, fines have been made more stringent for common traffic violations.

Speeding can now invite a penalty of Rs 1,000- Rs 2,000. Those driving without helmets will have to shell out Rs 1,000 and can face three-month suspension of their licence.

For drunk driving, the fine has been hiked from Rs 2,000 to Rs 10,000. Drivers will be fined Rs 10,000 for not giving way to emergency vehicles like ambulance and fire brigade.

The law came into effect on September 1.