A bench of Justices A M Khanwilkar and Sanjiv Khanna also transferred all FIRs filed against Amish Devgan in different states, including Maharashtra, Uttar Pradesh, and Telangana, to Ajmer in Rajasthan. 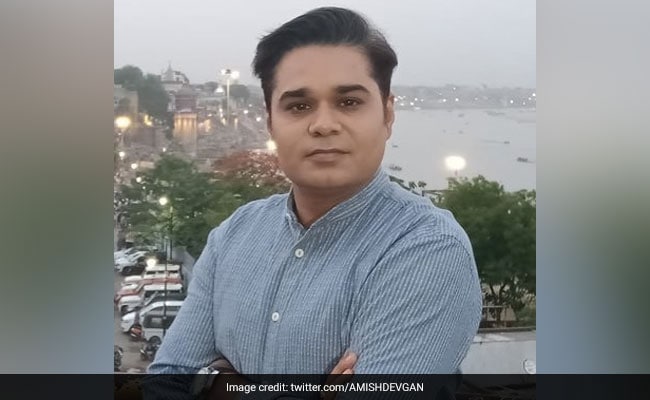 The top court has been extending the protection from any coercive action to the journalist.

The Supreme Court on Monday refused to quash FIRs against News 18 TV anchor Amish Devgan for his alleged defamatory remark against Sufi saint Khwaja Moinuddin Chisti during a show on June 15 but said he will get protection from any coercive action if he continues to cooperate with the probe.

A bench of Justices A M Khanwilkar and Sanjiv Khanna also transferred all FIRs filed against Amish Devgan in different states, including Maharashtra, Uttar Pradesh, and Telangana, to Ajmer in Rajasthan.

The top court had earlier granted Amish Devgan protection from any coercive action in connection with the FIRs.

Several FIRs were lodged against Amish Devgan for using a derogatory term for the Sufi saint in the news debate show called "Aar Paar" on his channel on June 15. Amish Devgan later tweeted an apology saying he was actually referring to Muslim ruler Alauddin Khilji and inadvertently ended up naming Chisti.

Amish Devgan through his lawyer Mrinal Bharti had moved the top court seeking quashing of the FIRs saying it was a slip of the tongue and he had already expressed regret for the ''inadvertent" error.

He had told the top court that "none of the FIRs said that public order was being disturbed".

Senior advocate Manish Singhvi, appearing for Rajasthan, had opposed Amish Devgan's plea for quashing of the FIRs saying the investigation is the right of the police.

The top court, while granting interim relief to Amish Devgan, had also stayed the probe in the cases related to the telecast against the journalist. The journalist has said the plea concerned his life and liberty.

"In a well-orchestrated manner, the petitioner has been made a victim of country-wide filing of a false and baseless criminal complaint and FIRs on the one hand, and on the other hand, petitioner, his family, and his crew has been abused unabashedly on social media and by personal messages by unknown persons."

It said that Amish Devgan was holding a discussion on a petition filed before the top court on his show on June 15 on the issue of the Places of Worship Special Provisions Act.

"During the course of the live heated discussion one of the panelists quoted ''Chisti'' (Hazrat Khwaja Moinuddin Chishti) and inadvertently, the petitioner (Amish Devgan) who wanted to refer to the historical figure Khilji(Alauddin Khilji) as a marauder, mentioned the name ''Chisti''," the plea submitted.

"That immediately on realising his inadvertent slip of tongue during the heated debate in his show, the petitioner tendered a clarification and clarified that the name "Chisti'' was mentioned by error and inadvertently," it said.

The channel also carried a video clarification featuring the journalist, the plea said.

The Sufi saint's dargah in Ajmer is an important pilgrimage centre and visited by thousands of people each day.