No Info About Chinese Casualties In Galwan Clash: RTI Body To Applicant

The RTI applicant also sought information about casualties suffered by Indian forces at Galwan valley near the Line of Actual Control, or LAC, and rehabilitation and ex-gratia paid to the families of soldiers who were killed in action 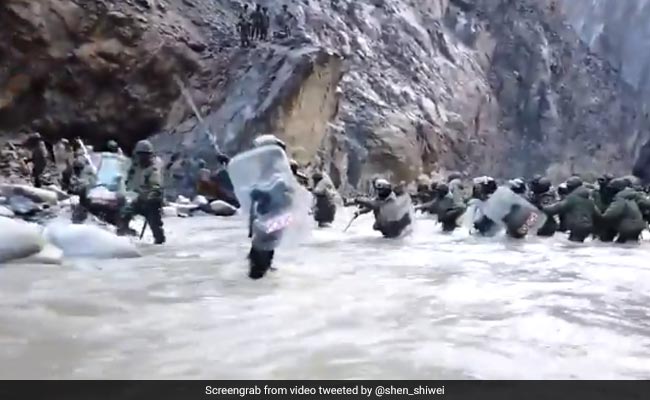 Information about Chinese casualties in the Galwan valley clash with Indian forces in Ladakh two years ago cannot be disclosed, the Central Information Commission has said. In a recent order, the Central Information Commission, or CIC, the highest appellate body under the Right to Information, or RTI, Act, refused to allow a plea seeking "the casualties to the Chinese forces, if any, by brave soldiers of the country" during the clashes in the night of June 15 and 16, 2020.

RTI applicant Akhand had also sought information about casualties suffered by Indian forces at Galwan valley near the Line of Actual Control, or LAC, and rehabilitation and compensation paid to the families of soldiers who were killed in action.

In addition, the RTI applicant sought to know from the army if any Indian soldiers are missing in Galwan valley after the clash.

The army refused to disclose the information saying it was third-party information which cannot be shared under Section 8(1)(j) of the RTI Act, which exempts from disclosure any information that is personal in nature.

To deny the information, the army also cited Section 8(1)(a) of the RTI Act which exempts disclosing information that prejudicially affect the sovereignty and integrity of India, the security, strategic, scientific or economic interests of the state, relation with foreign state or lead to incitement of an offence.

Mr Akhand's representative told the CIC that the matter involves a larger public interest and the information should be provided to him.

Information Commissioner Vanaja N Sarna said, "It is noted that a proper reply was given to the appellant whereby it was rightly stated that since the information is related to third parties, the information cannot be provided under section 8(1)(j) of the RTI Act."

"It was also stated that the information being sensitive in nature cannot be provided under section 8(1)(a) of the RTI Act. The Commission is unable to find any flaw in the reply, hence, no relief can be given," she said.

The eastern Ladakh border row escalated after the Galwan valley clashes on June 15, 2020. Twenty army personnel were killed in action in the clashes that marked the most serious faceoff between India and China in decades.

China had acknowledged the death of five soldiers. The Chinese losses were pegged to be much higher with a number of soldiers drowning while crossing the river in the darkness, according to an investigative Australian newspaper report in February this year.

Waterworld: In Noida And Gurugram, WFH For Offices, Cars Under Water