No, Ankita Lokhande Is Not Making Her Debut In This Sanjay Dutt Film

'Apart from Sanjay Dutt, no one else has been signed,' said the director 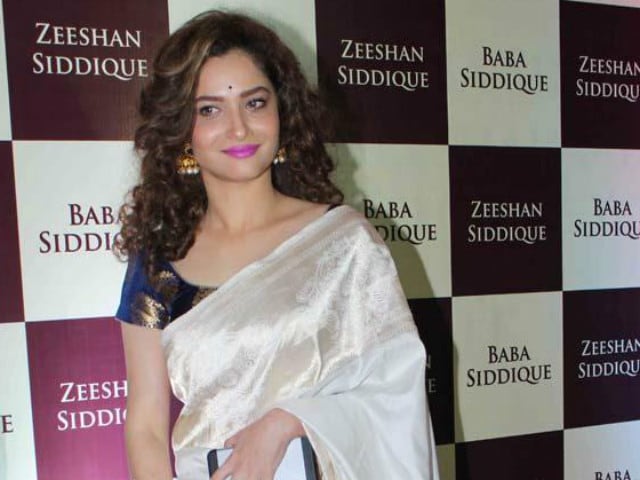 Ankita Lokhande was rumoured to be Sanjay Dutt's co-star

New Delhi: No folks, TV actress Ankita Lokhande will not make her debut in Bollywood with Sanjay Dutt's new film titled Torbaaz. Filmmaker Girish Malik, who directs Mr Dutt in the new movie, told news agency IANS that casting for the film has just begun and so far, only the Bhoomi actor has been taken on board. He also added that the makers have not yet approached other actors for the film, which is currently in pre-production. "We are currently doing our pre-production. I don't know Ankita, and apart from Sanjay Dutt, no one else has been signed or even approached," IANS quoted the director as saying.

Girish Malik has previously made movies like Krantiveer, Shola Aur Shabnam and Aaja Meri Jaan and is best known for his 2013 film Jal, which received the National Award for special effects.

Earlier this year, the Pavitra Rishta actress featured in headlines for reports that she was to star as a cop in her maiden Bollywood project, a Sanjay Dutt film. This is the third time that the Internet speculated about Ankita's probable entry in Bollywood. She was to reportedly star in Shah Rukh Khan's Happy New Year and later in Sanjay Leela Bhansali's Padmavati.

Ankita Lokhande is best known for headlining the television show Pavitra Rishta from 2009 to 2014. She has also participated in TV shows Jhalak Dikhhla Jaa and Comedy Circus.

Promoted
Listen to the latest songs, only on JioSaavn.com
Torbaaz will be set in Afganisthan and track the story of a young suicide bomber. The movie will go on floors in December. Meanwhile, Sanjay Dutt is looking forward to the release of his comeback movie Bhoomi, co-starring Aditi Rao Hydari. Sanjay Dutt also has another Munna Bhai sequel in the pipeline.