Shah Rukh Khan took a train from Mumbai to New Delhi in January as publicity for Raees. One person died in the crush on the platform as the train stopped in Vadodara 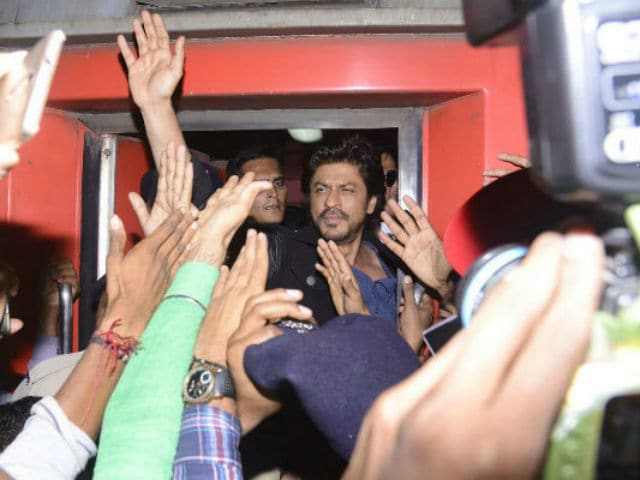 New Delhi: Criminal proceedings against Shah Rukh Khan were stayed by the Gujarat High Court on Thursday, reported news agency PTI. SRK, who was not present in court, was promoting his film Raees on a train journey from Mumbai to New Delhi earlier this year. One person died in the crush on the platform as the train stopped in Vadodara in Gujarat. The Vadodara resident, believed to be a local politician, died of a heart attack after allegedly being caught in the crowd that had gathered to see Shah Rukh Khan. The Gujarat High Court has granted an interim stay after SRK's lawyer argued that the actor could not be held responsible for the death. The court will next hear the case on September 25.

Shah Rukh Khan took the August Kranti Express from Mumbai to New Delhi on January 23 as publicity for his film Raees, set in Gujarat. The man who died in Vadodara, Fahreed Khan Pathan, had come to the station with his wife and daughter to meet a journalist, who was a relative, travelling as part of the media entourage on the train.

"It is extremely unfortunate that someone has died...my prayers are with his family. We felt bad as our team was going with us and everyone was happy during the entire journey. I hope his soul rests in peace and his family remains well," Shah Rukh Khan, 51, told reporters after the train pulled into New Delhi.

Railway Minister Suresh Prabhu ordered an investigation after the death, promising action in case of any lapse on the part of the railway police. The criminal proceedings against Shah Rukh Khan are at the behest of a Vadodara resident named Jitendra Solanki who approached the court after the police refused to let him file a First Information Report or FIR.

Promoted
Listen to the latest songs, only on JioSaavn.com
Shah Rukh Khan, who played a liquor baron in Raees, is currently on vacation in Los Angeles.