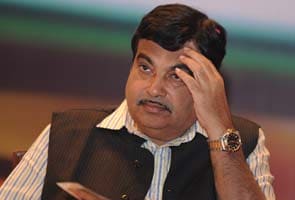 Here is the full text of the the statement issued by Mr Gadkari:

My attention has been drawn to a Marathi blog written by M.G. Vaidya, a senior journalist, the substance of which has also been published by a section of the media. The writer has tried to link recent comments by one of the Party MPs with Shri Narendra Modi, Chief Minister of Gujarat. The BJP completely rejects such insinuation, as it is totally unfounded. All central leaders of the Party and its Chief Ministers have been working cohesively and unitedly for the cause of the Party. We are fighting Gujarat assembly elections with complete unity of purpose and total mutual confidence. BJP is firmly and unitedly behind Shri Narendra Modi and we are confident that the Party will win decisively in the ensuing assembly elections.
Comments
Nitin Gadkari