The massive rescue operation here had been going on for the past nearly 48 hours after the child fell into the borewell Wednesday evening. 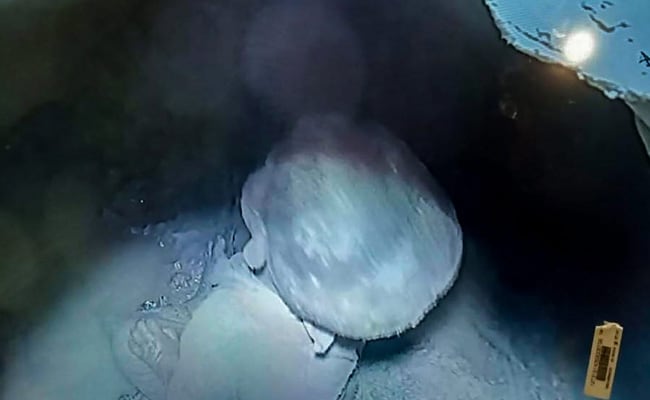 A view from a camera used to monitor the child's movement, in Hisar district of Haryana

After a 48-hour-long struggle, a one-and-a-half years old child who fell into a borewell in Haryana's Hisar was rescued safely on Friday.

Nadim fell into the 60-foot deep borewell while playing near his house in Balsamand village in Hisar district.

"The child has been brought out from the borewell after a massive rescue operation. The child appeared safe. A waiting ambulance rushed him to a hospital where doctors will check upon his health condition," Hisar's DSP (Law and Order) Joginder Singh said.

The child's movements were monitored using a night-vision camera which was dropped inside the borewell.

The massive rescue operation here had been going on for the past nearly 48 hours after the child fell into the borewell Wednesday evening.

A team of the NDRF and Army experts was assisted in the rescue operation by civil and police authorities, officials here said.

As the rescuers on Friday reached close to the spot where the child was trapped, digging by machines was stopped and was carried out manually to ensure that soil did not fall over the infant, they said.

Earlier, authorities had started digging a parallel well about 20-feet away from the borewell and subsequently, they created a tunnel to bring out the child safely.

Nadim was playing with some friends who were plucking fruits from a tree when he suddenly fell into the borewell. Afterwards, his family members and the villagers informed police.

The child's father is a labourer.

Earthmovers, drilling machines and other equipment had been pressed into service to rescue the child, even as oxygen tubes were dropped to help him breathe.

Biscuits and juices were supplied to the child. A medical team had also been deployed at the incident site.

Deputy Commissioner Ashok Kumar Meena had earlier said legal action will be taken against the person who dug the borewell without taking any permission from the department concerned.

He said a survey would also be carried out in the district to find out how many borewells had been left open and could pose danger.

The incident has again brought to the fore the dangers posed by uncovered borewells, which have turned into death traps for children.