Malegaon: The National Investigation Agency or NIA has in a new chargesheet today, dropped charges against activist Sadhvi Pragya Thakur and five others citing lack of evidence against them in the 2008 Malegaon blasts case.

But the elite agency has recommended prosecuting Army Colonel Srikant Purohit for conspiracy and under the Unlawful Activities (Prevention) Act (UAPA) or UAPA, though it has dropped charges under the stringent anti-terror law, the Maharashtra Control of Organised Crime Act or MCOCA, against him and nine others.

Six people were killed and 101 were injured when two bombs fitted on a motorcycle exploded on September 29, 2008. Lt Col Purohit, Sadhvi Pragya and others were arrested and were charged with plotting the blasts as part of a pro-Hindu group, Abhinav Bharat.

Both the Sadhvi and Col Purohit, called the face of "saffron terror" by the Congress, have been in jail for about seven years now.

The case was first investigated by Maharashtra's Anti-terror Squad, with its chief Hemant Karkare leading the probe. Mr Karkare was killed battling the Lashkar e Taiba terrorists who attacked Mumbai on November 26, 2008. 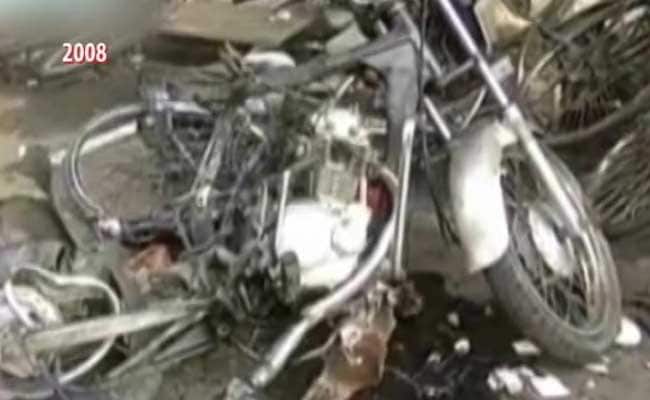 Seven people were killed when two bombs fitted on a motorcycle exploded in Malegaon on September 29, 2008.
The ATS had in its chargesheet alleged that Lt Col Purohit and Sadhvi Pragya had met Swami Aseemanand , the main accused in the Samjhauta Express blast of 2007, and plotted the Malegaon blasts.

Many witnesses have since turned hostile in the case.

The NIA , which took over investigation in 2011, said in a statement today that "during investigation, sufficient evidences have not been found" against Sadhvi Pragya Thakur and the five other people against whom it has dropped charges.

The Congress's Digivijaya Singh hit out at the NIA and the Centre. "They are saying that Hemant Karkare filed a wrong report. I want to appeal to the central government that we know you want to safeguard them, and we also know you have link with those who are involved in terror activities. They should at least spare a martyr," Mr Singh said.