Next US Envoy Concerned Over India Not Signing Hague Convention

The Hague Convention on Civil Aspects of International Child Abduction (1980), provides for a mechanism to return a child internationally abducted by a parent from one member country to another 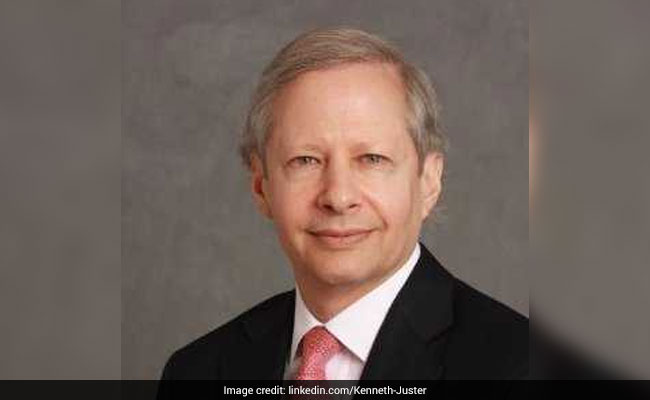 Kenneth Juster said he will pursue the issue during his stay in India as the US envoy.

Washington: India not signing the Hague Convention dealing with inter-parental child abduction is a "very serious" issue, the US president's nominee to be the next envoy to India, Kenneth Juster, has said. The Hague Convention on Civil Aspects of International Child Abduction (1980), signed by 96 countries, provides for a mechanism to return a child internationally abducted by a parent from one member country to another.

During the confirmation hearing of Kenneth Juster before the Senate Foreign Relations Committee, Senator Rob Portman from Ohio said that there are 80 known cases of abductions of American kids in India. Notably, almost all of these cases are a result of marital dispute in which one of the parents have got permission from courts in India to have custody of the children.

In American parlance, these are considered as "abductions", mainly because these kids are US citizens by birth. India is placed second after Mexico when it comes to children being forced to return to the country by a parent in cases of marital discord.

"There's something like 80 cases right now of abductions of American kids in India. It is part of our relationship that I think doesn't get enough focus. India has not yet signed the 1980 Hague Convention on International Child abduction," Mr Portman said.

There are, something like 96 countries who have signed that and India should sign it, Mr Portman said, adding that this basically provides an expedited mechanism to adjudicate these child custody disputes that arise and help return abducted kids to their rightful homes.

In response, Mr Juster said, he can't think of anything more "heartbreaking" than having a parent have their child abducted and not being able to visit them or have some resolution of the matter.

Promoted
Listen to the latest songs, only on JioSaavn.com
"This is a very serious issue, the Indian government is not a signatory to the Hague Convention, I don't know how likely it is that they may become one, but that's certainly if confirmed an issue that I would pursue," Mr Juster said.

Even if India is not in that convention, it's important that there be some process for addressing and trying to resolve individual cases. "I want to meet with individuals who are involved in these and understand their stories and their side of the issue. It will be an important, and I know it is already important concern for the mission in India," Mr Juster added.