NDRF teams from Lucknow and Varanasi reached the spot and are helped with the rescue. 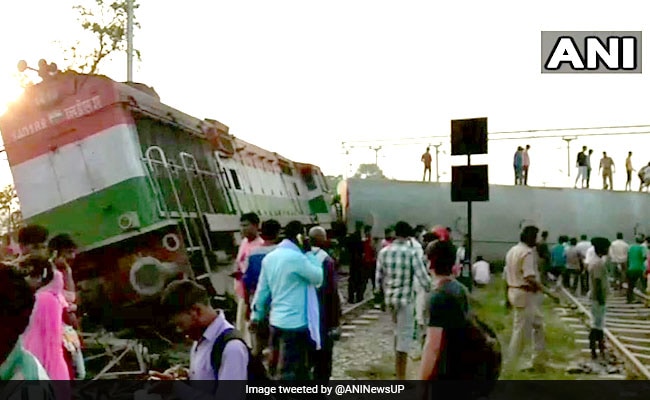 Many people are injured in the derailment

7 people died and 60 are injured after 6 coaches of the New Farakka Express train derailed 50 m from Harchandpur railway station in Raebareli today morning. NDRF teams from Lucknow and Varanasi have reached the spot and are helping with the rescue, news agency ANI reported. PM Modi condoled the deaths on Twitter. UP Chief Minister Yogi Adityanath and Railways minister Piyush Goyal announced compensation for the families of the dead as well as injured. The rescue operations have concluded and the injured have been taken to various hospitals. Various helpline numbers have been made available to the public for queries.

Here are the highlights of the derailment in UP:

Oct 10, 2018 14:19 (IST)
JP Chief Mahendra Nath Pandey, state Congress President Raj Babbar state ministers and several others have also expressed their condolence over the loss of lives in the derailment. 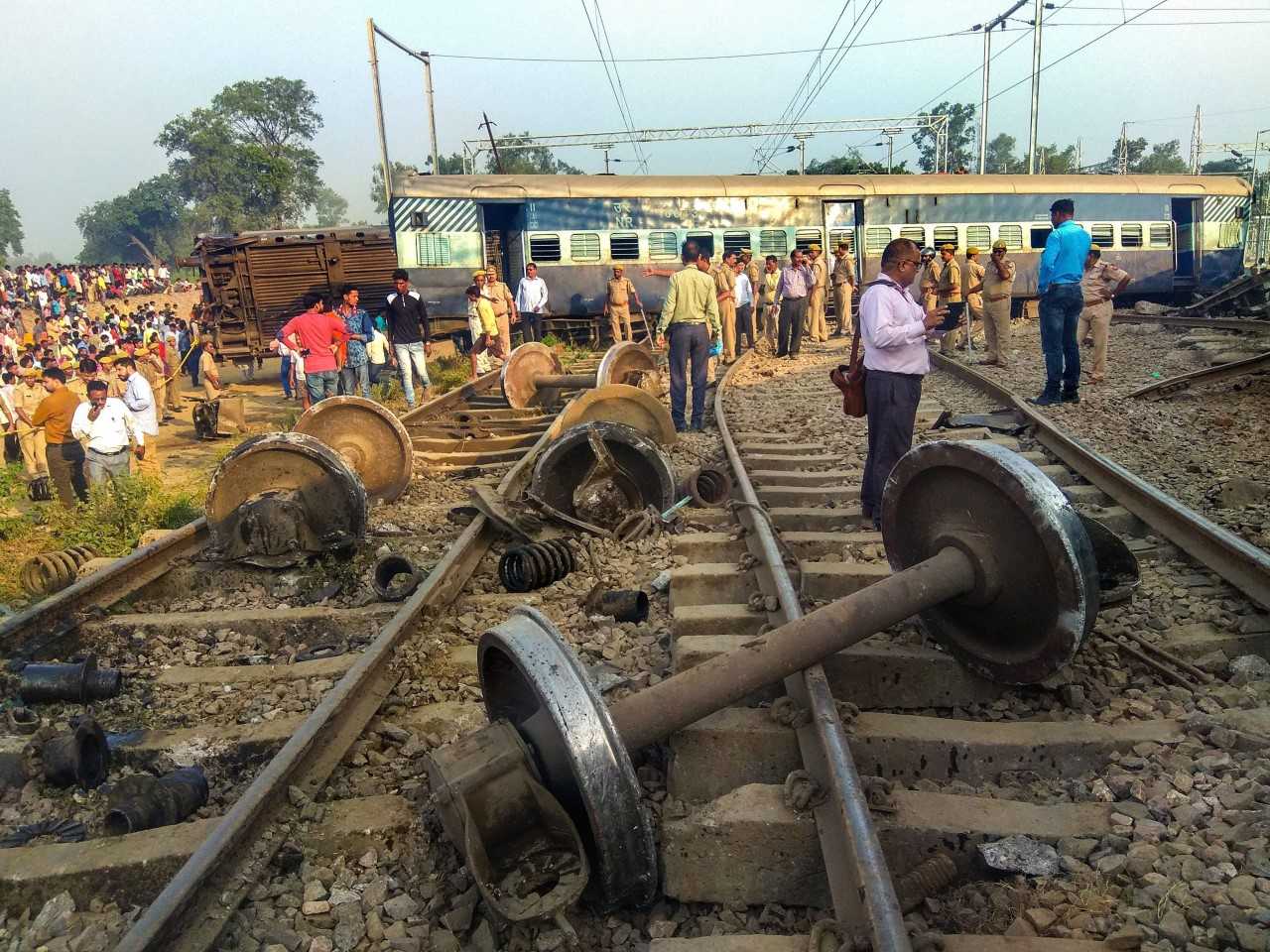 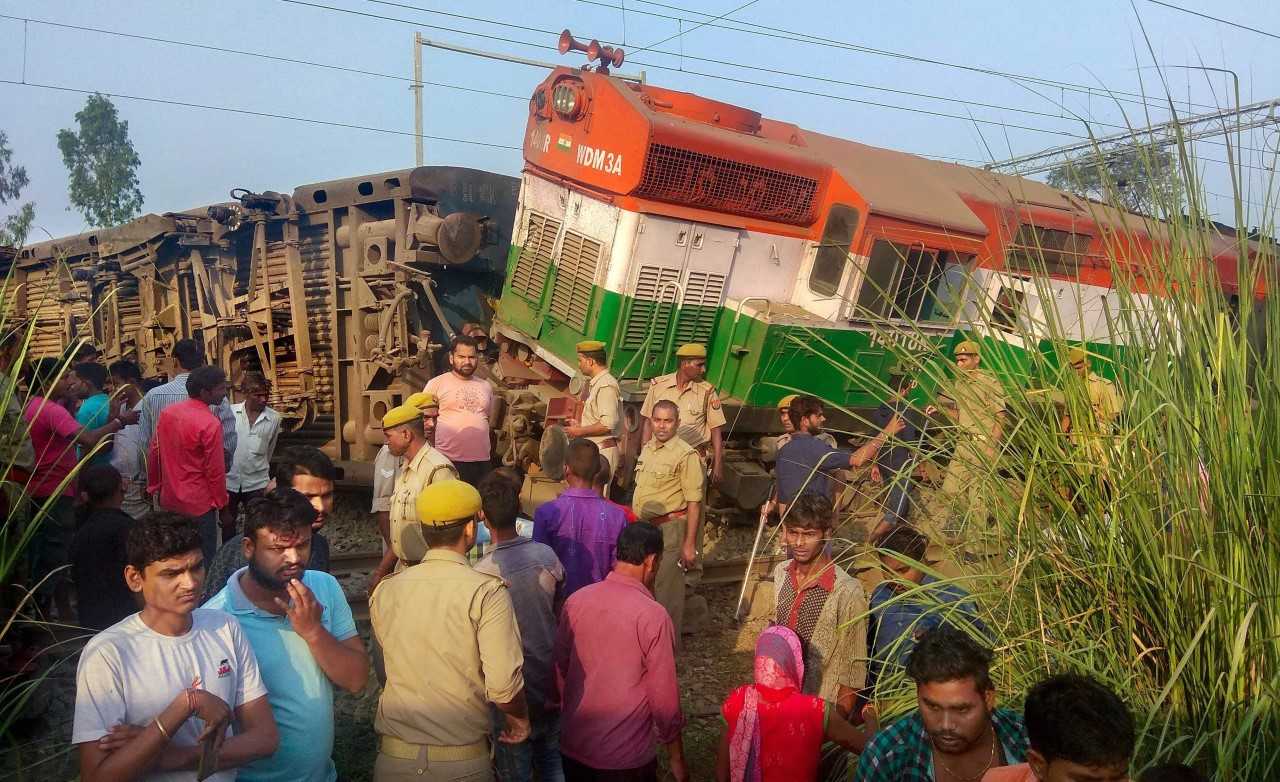 My thoughts and prayers are with families who lost their dear ones in the tragic derailment of New Farakka Express in #Raebareli I pray for speedy recovery of the injured.

Oct 10, 2018 11:25 (IST)
Senior officers, including the district magistrate, superintendent of police, CO, sub-divisional magistrate are at the spot and relief operations are in full swing, the ADG said.
Oct 10, 2018 11:24 (IST)
The passengers are going to Lucknow and from there they will be sent to Delhi by a special train.
Oct 10, 2018 10:43 (IST)
All passengers evacuated. Special train is being arranged to take them. It may take 24-36 hrs for completion of clearance operations: DRM Northern Railways on New Farakka Express Train derailment. 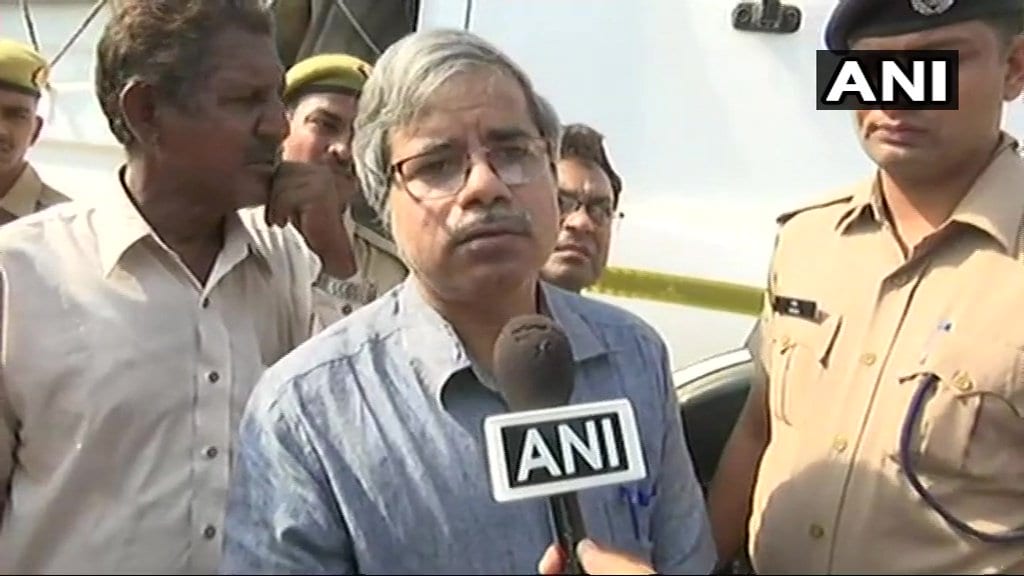 Deeply saddened at the loss of lives n injuries in derailment of #NewFarakkaExpress coaches in #RaeBareli, #UttarPradesh.
My condolences to the bereaved families, who lost dear ones. https://t.co/BcS0jmZlgh

Oct 10, 2018 10:40 (IST)
Rescue and relief operations are underway at the spot where coaches of New Farakka Express train derailed in Raebareli: 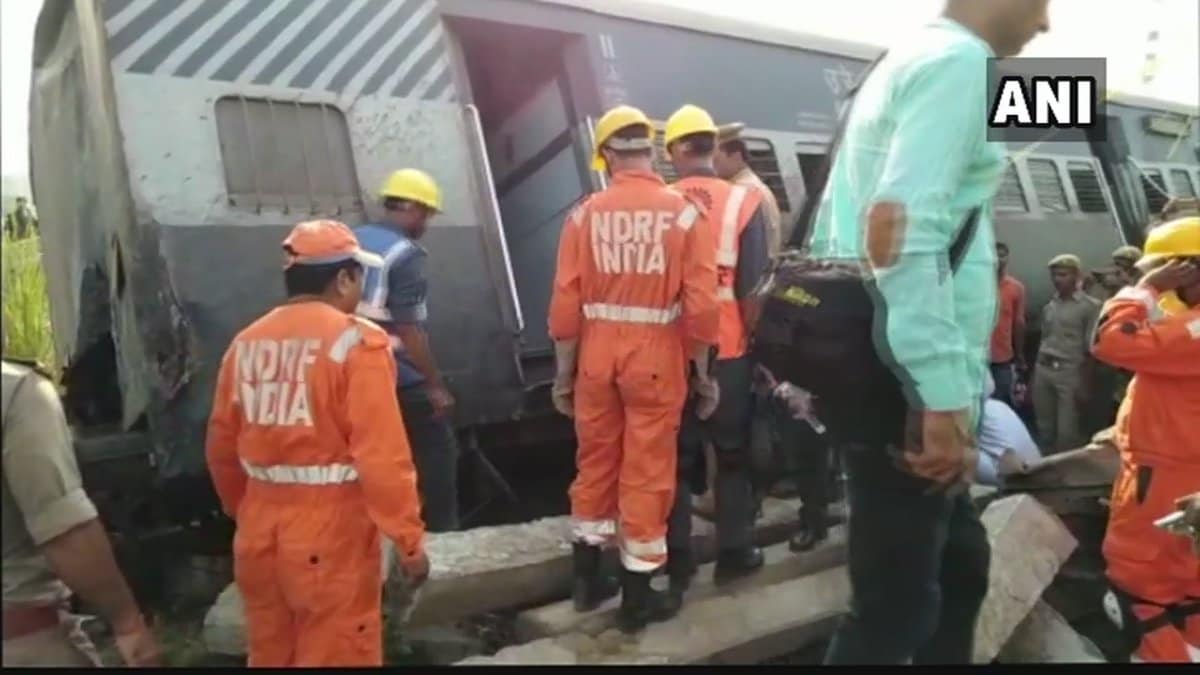 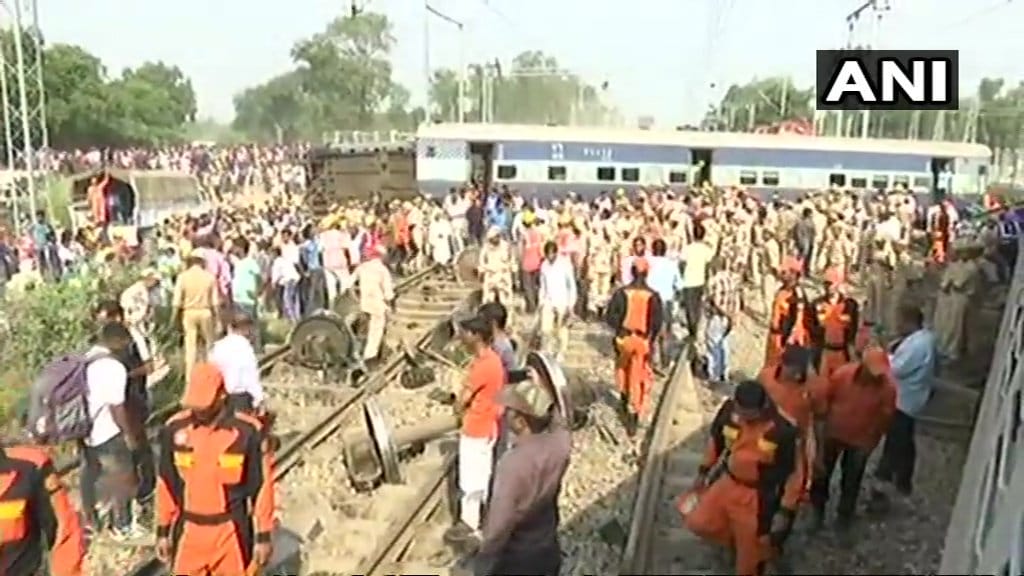 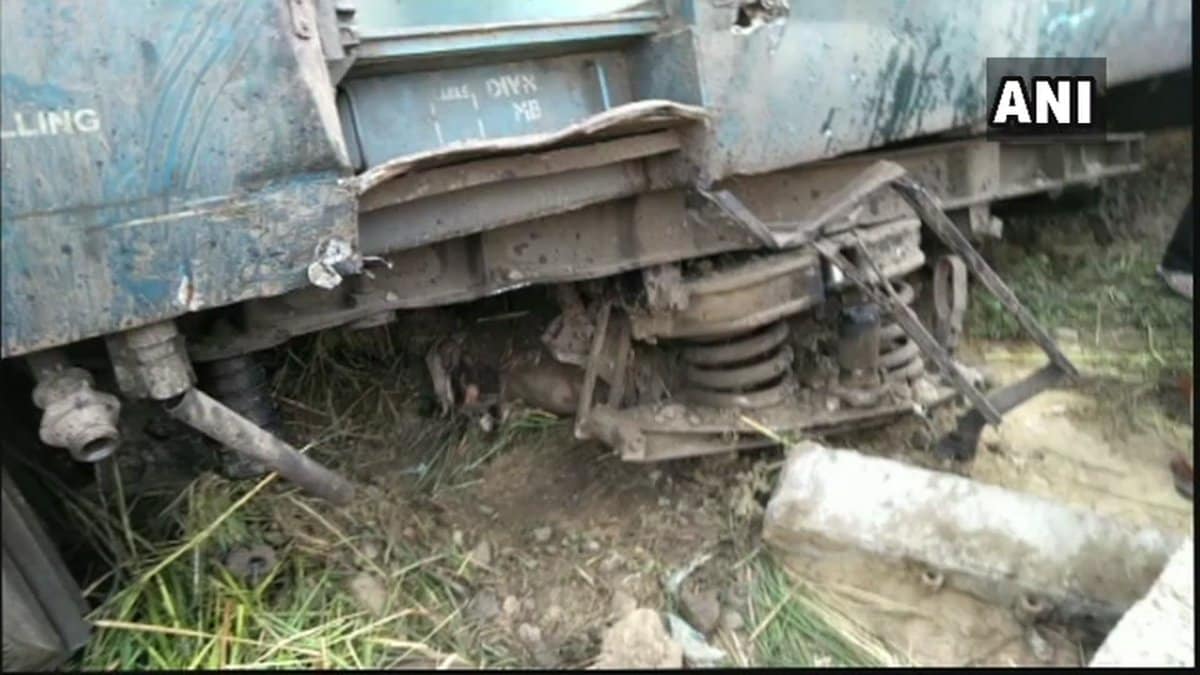 Anguished by the loss of lives due to a rail accident in Raebareli. Condolences to the bereaved families and I pray that the injured recover quickly. UP Government, Railways and NDRF are ensuring all possible assistance at the site of the accident: PM @narendramodi 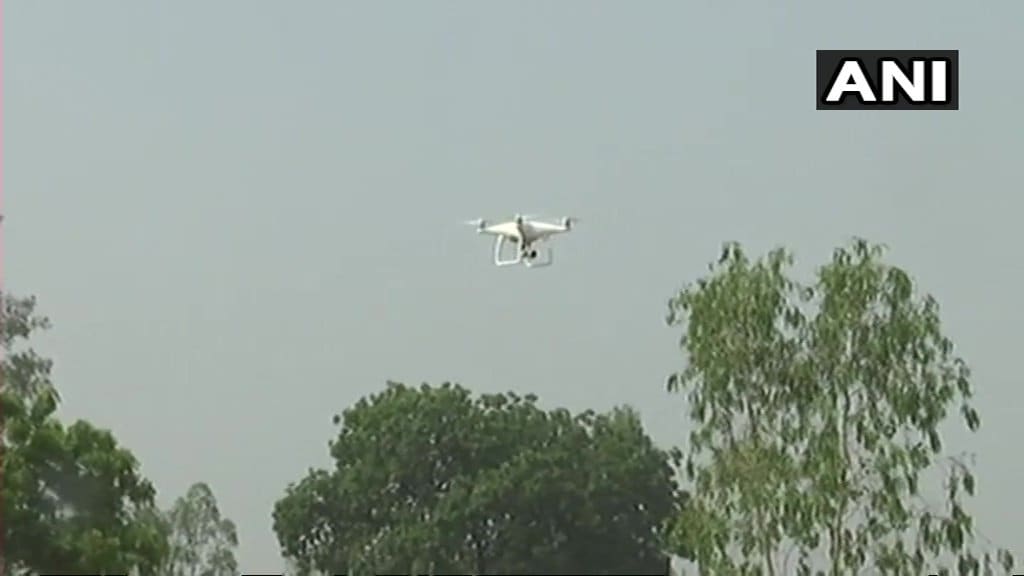 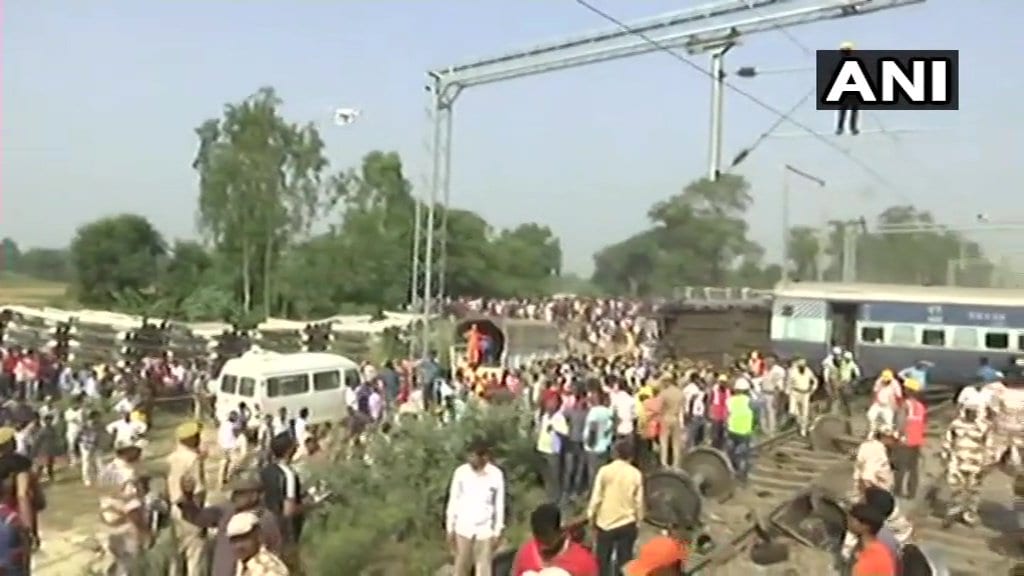 Oct 10, 2018 09:44 (IST)
Railway Ministry has directed to effectively undertake relief and rescue operations and provide best possible medical help to the injured. Piyush Goyal has ordered an inquiry which will be conducted by Commission of Railway Safety, Northern Circle. He tweeted he is in constant touch with the railway authorities for the relief work and announced Rs 5 lakh compensation to the family of the dead, Rs 1 lakh for the severely injured and Rs 50,000 each for all injured passengers. 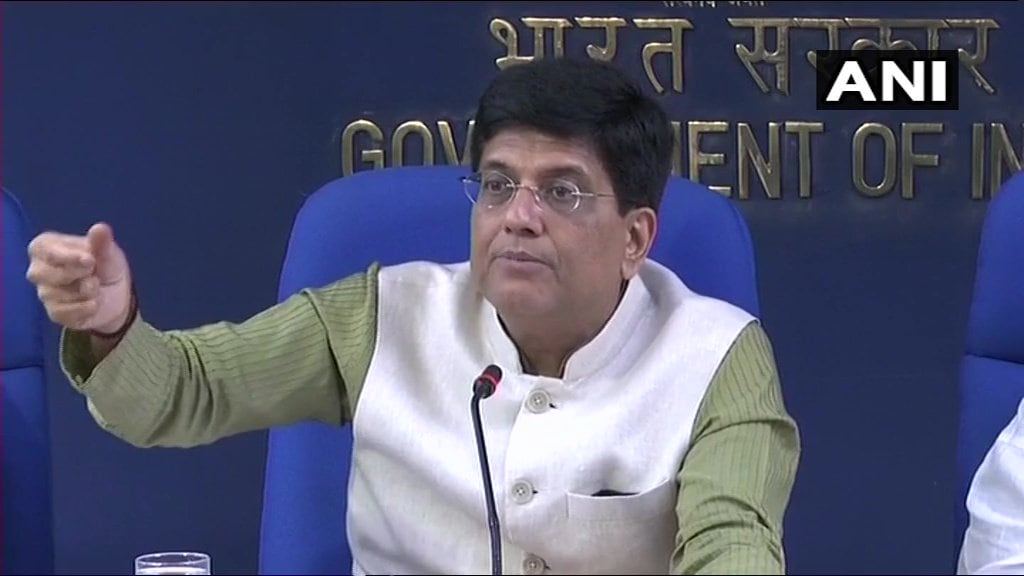 Oct 10, 2018 09:05 (IST)
The train was heading to New Delhi from Malda in West Bengal.
Oct 10, 2018 08:52 (IST)
A rescue train has also reached the spot.
Oct 10, 2018 08:49 (IST)
Chief Minister Yogi Adityanath expressed condolences and directed the district magistrate, the superintendent of police, health authorities and the NDRF to provide all possible assistance to relief and rescue operations, an official spokesman said.
Oct 10, 2018 08:48 (IST)
All up and down lines on the route have been blocked and officials suspect that the number of casualties may rise. 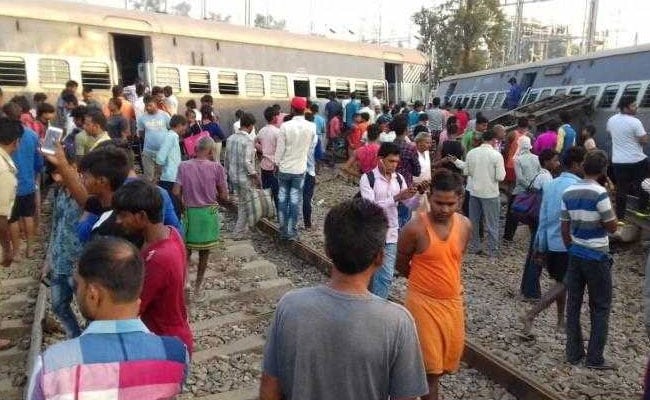 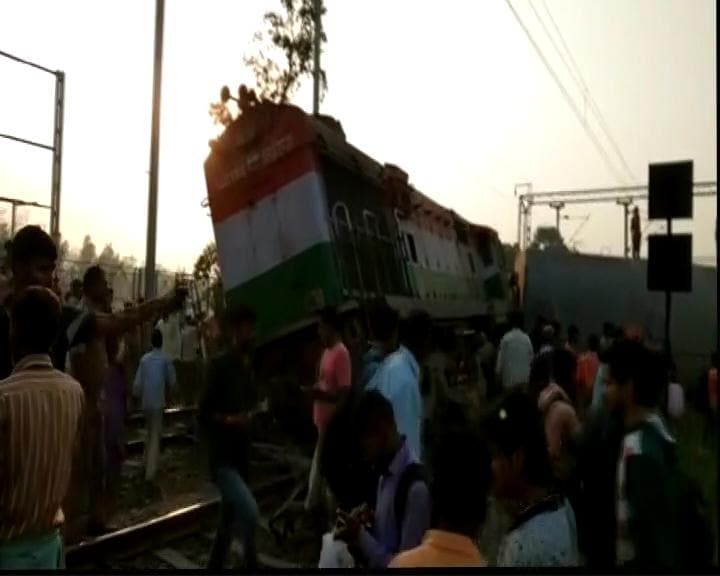 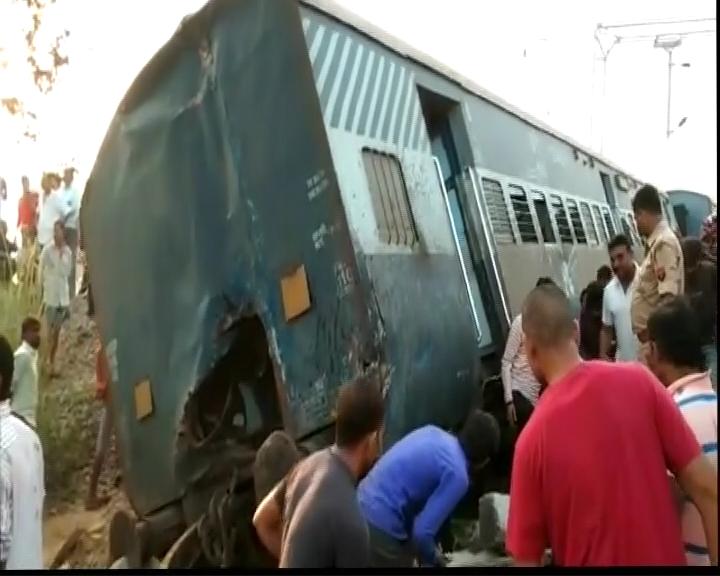