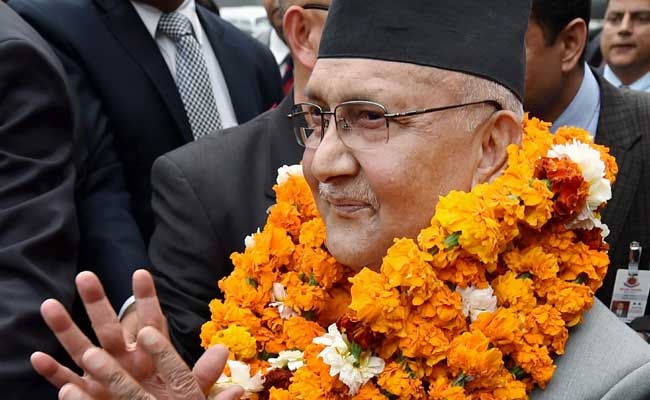 New Delhi: Nepalese Prime Minister K P Oli today celebrated his 65th birthday in the middle of his maiden trip to India, the first country he had chosen for an official visit after assuming the top post.

Wishing the PM of Nepal, Shri KP Oli on his birthday. May Almighty bless him with good health & a long life.

In his first overseas trip after assuming office in October last year, Mr Oli, accompanied by a 77-member delegation, arrived in New Delhi on Friday with a major focus on mending bilateral relations hit by issues relating to the Himalayan nation's new Constitution.

Ties between the two countries had soured in the wake of agitation by the Madhesi community opposing Nepal's new Constitution which they said failed to address their concerns over representation and homeland.
Comments
Nepal PM birthdayNepal PM in India