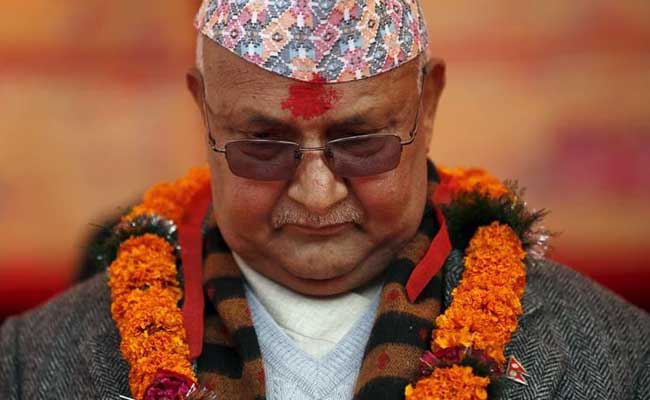 This would be K P Oli's first visit to a foreign country since taking over as Prime Minister some five months ago. (Reuters Photo)

This would be Mr Oli's first visit to a foreign country since taking over as prime minister some five months ago.

The council of ministers yesterday approved a list of 46 people for the Prime Minister's delegation and six officials will be included from the Nepalese Embassy in Delhi.

There will be 25 members from Nepal's business community and parliamentarians representing various political parties, including two from Madhesi parties in the delegation. No lawmaker from the main opposition party Nepali Congress has been included in the prime minister's entourage.

The visit comes after turbulence in bilateral ties over protests by Madhesis who share close family and cultural ties with Indians against Nepal's new Constitution. 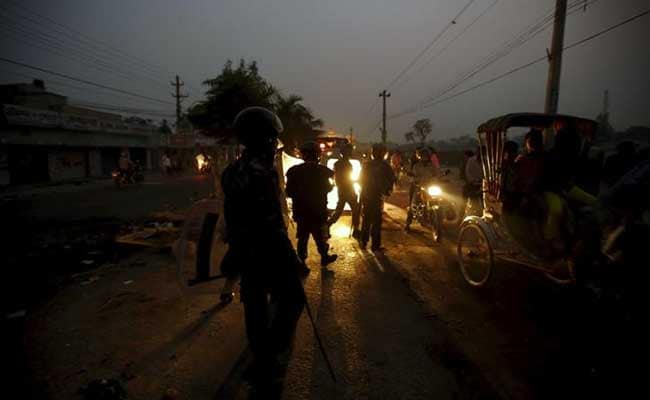 Nepalese police personnel stand guard along the highway after a brief clash with the Madhesi protesters. (Reuters Photo)

Mr Oli is visiting at the invitation of Prime Minister Narendra Modi from today, according to a press release issued by the Foreign ministry in Kathmandu.

While in New Delhi,Mr Oli will call on President Pranab Mukherjee and Vice President Mohammad Hamid Ansari. He will talks with Prime Minister Narendra Modi at the Hyderabad House.

He is scheduled to address the Indian Council of World Affairs at Sapru House and the Indian business community. The Nepalese Prime Minister will inspect Tehri Hydropower Project in Uttarakhand and will also visit Bhuj in Gujarat to get acquainted with the post-earthquake reconstruction there. He will also head to Mumbai to meet business leaders before wrapping up his six day visit.
Comments
K P OliK P Oli India visitNepal's Prime Minister delegation