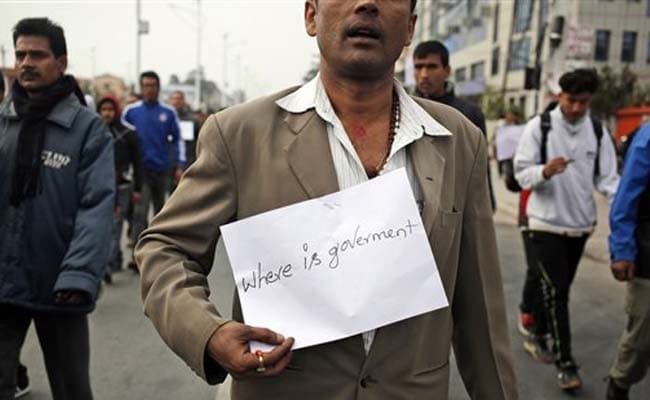 Kathmandu: Nepal's Madhesis today announced fresh week-long protest programmes, a day after they rejected as "incomplete" the constitutional amendments passed by the Parliament for failing to address their concerns.

The agitating United Democratic Madhesi Front unveiled its fresh protest programmes starting from tomorrow after its meeting held at the office of the Terai Madhes Democratic Party here.

The protest programmes announced by the Madhesis include candlelight vigil in district headquarters to honour those killed in the protests, regional assemblies to inform people about latest political developments and interactions with professionals, intellectuals, labourers and traders about the agenda of the protest.

The announcement of the new protest programmes comes just two days after Nepal's parliament voted to amend the country's Constitution with a two-thirds majority four months after its promulgation, in a bid to resolve the political crisis involving the minority Madhesi community.

The amendments addressed two key demands of the Madhesis -- proportionate representation and seat allocation in the Parliament on the basis of population.

Madhesis yesterday rejected as "incomplete" the constitutional amendments passed by the Parliament for failing to address their concerns over redrawing borders, dimming hopes of an early end to the political crisis and blockade of trade points with India.

The front, however, after the passage of the amendments, seems to have softened its stance, observers say.

The agitating Madhesi community that shares strong cultural and family bonds with India is demanding demarcation of provinces, fixing of electoral constituencies on the basis of population and proportional representation, and have been protesting for months.

At least 55 people have been killed in the protests that have also led to a blockade of the country's key trade points with India.
Comments
United Democratic Madhesi FrontMadhesi ProtestersMadhesi Protest