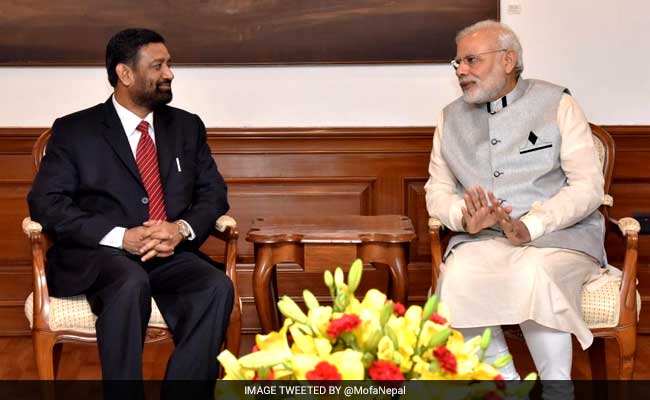 This is the first high-level visit from Nepal to India after the new Maoist-led government headed by Prime Minister Pushpa Kamal Dahal "Prachanda" took charge in Kathmandu earlier this month.

Mr Nidhi, who is on a four-day visit to India, on Friday called on External Affairs Minister Sushma Swaraj and Home Minister Rajnath Singh.

She emphasised that India attached the highest priority to its relations with Nepal, and offered full assistance and cooperation for the country's economic development.

After coming to power, the new Maoist-led government said Nepal wanted to further strengthen bilateral relations with both India and China.