Nepal Not Leaning Towards China, Closer Ties With India, Says Its Ex-PM

Baburam Bhattarai, who is in New Delhi for his health check-up, pointed out that his country is going through a political crisis and it wants to bring back stability, and ensure good ties with India. 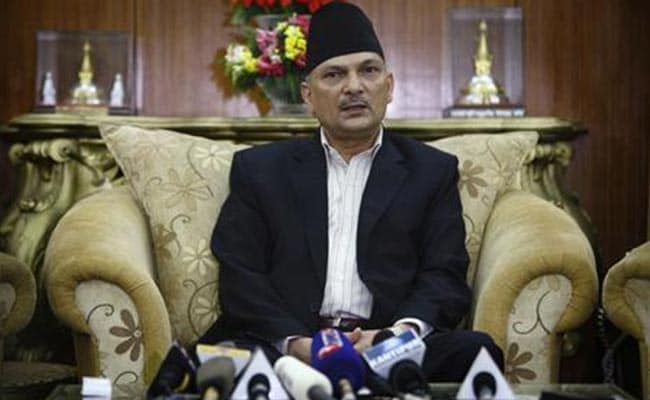 Former Nepal Prime Minister Baburam Bhattarai on Tuesday assured India that Kathmandu is not leaning towards China and wants good ties with New Delhi while emphasising on strong economic and cultural relations between Indian and Nepal.

Mr Bhattarai, who is in New Delhi for his health check-up, pointed out that his country is going through a political crisis and it wants to bring back stability, and ensure good ties with India.

"Some people in Delhi feel Nepal is completely leaning towards China, which is not the right perception. Historically, we have been closer to India. China is also our friend but we don't interact with them that much because they lie on the other side of the Himalayas," said the former Nepal PM.

"Nepal is going through a crisis. Nepal Communist Party that had formed a government with a majority is almost divided into two factions...This is not right for a country's democracy when Parliament is dissolved midway to give way to instability," he said.

Asked whether Nepal's ties have strained with India, the former PM said, "India and Nepal have not been able to talk on a high political level. BJP came to power (in 2014) in India in recent past and democracy arrived in Nepal around that time. Talks should be held between the major political parties of the two countries to bring back relation on track."

"Also, we need to further strengthen people to people tie between India and Nepal," he added.

On the question of political instability in Nepal, Mr Bhattarai said, "This is all happening because democracy arrived a bit late in Nepal. The partial change started in the 1950s. But complete change happened in 2015. Because of this, revolution and counter-revolution are taking place. This is how democracy will flourish. ...All major parties will have to collectively find a democratic solution."

Finding a way out of the crisis, former PM Bhattarai stated that, "We will talk to all parties in Nepal to bring stability, economic development and ensure that India-Nepal relations are good. This is our main agenda."

Earlier this month, Nepal's Supreme Court reinstated the House of Representatives, which had been dissolved by Prime Minister KP Sharma Oli in December last year that led the country into a political crisis.