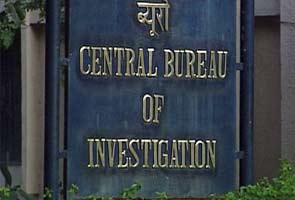 New Delhi: The Central Bureau of Investigation or the CBI told the Supreme Court today that it needs to be freed from bureaucratic influences. The agency said that several roadblocks still exist for it to attain functional autonomy as the Centre was averse to vesting its Director with ex-officio powers of Secretary, which would ensure CBI's independence.

"We (CBI) need freedom from babudom," senior advocate Amrendra Sharan, who is representing the CBI, said, adding, "Everything, which we are seeking, is returned and every proposal passes through head clerks".

The CBI has proposed that its Director be vested with ex-officio powers of Secretary where he reports directly to a minister, without having to go through the Department of Personnel and Training (DoPT). Mr Sharan said that the Centre has not accepted the proposal.

Promoted
Listen to the latest songs, only on JioSaavn.com
However, the Supreme Court agreeing with the proposal, asked Attorney General G E Vahanvati to make a statement on this. Mr Vahanvati has sought more time, saying he has to seek instructions from concerned authorities. The Attorney General has also been asked to inform the top court if the government is coming up with a bill to free the CBI from the influence of external forces.

"Many Bills have been passed by Parliament. Was there any Bill introduced relating to autonomy of the CBI," the Supreme Court bench asked Mr Vahanvati, who said the government is still working on the bill.