Shiv Sena MPs have been allotted seats on the Opposition side in the Parliament. 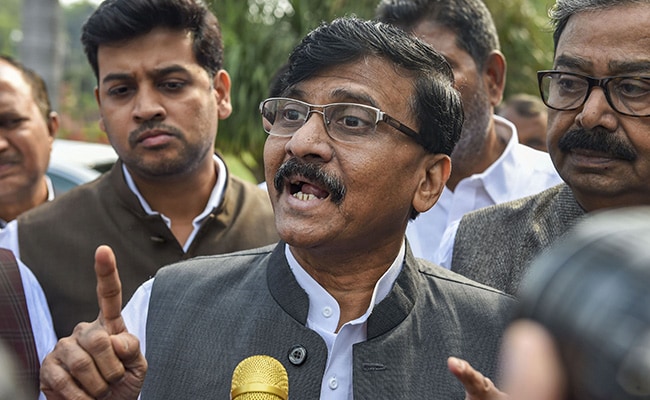 After Shiv Sena MPs were allotted seats on the Opposition side in the Parliament, senior Sena leader Sanjay Raut today hit back at the Bharatiya Janata Party (BJP) saying that the NDA government at the Centre is not the property of one party but some are "considering themselves God".

"Democracy shall be maintained. One should not consider himself or herself God. The political situation created in Maharashtra is due to ego. We are one of the four founders of the NDA. It is not the property of one party but sometimes they think they are God," Sanjay Raut said.

"If you take a step back from the deal on which you agreed, it is not right. Babasaheb Thackeray was among the four leaders who formed the NDA. We have saved NDA several times. We never left their hand but today they think they are God. If you are thinking of removing Sena from NDA then you are not God," he added.

Mr Raut questioned if the BJP had asked Prakash Singh Badal and Nitish Kumar before taking the decision to remove Shiv Sena from the NDA.

"This attitude will not work," he said, adding that Shiv Sena will work for the development of the nation no matter where it sits in the Parliament.

He added that Maharashtra is a progressive state and there will be a stable government.

The BJP and the Shiv Sena got an absolute majority in Maharashtra Assembly polls but could not form the government due to differences over power sharing.

Following the inability of BJP, the single largest party, to form the government, Maharashtra Governor Bhagat Singh Koshyari asked the Shiv Sena and then NCP to form the government in state. However, as they were not able put together a viable alternative in the time given to them, the state came under President's Rule.

While the BJP emerged as the single-largest party in Maharashtra assembly polls with 105 seats, the NCP and Congress have 54 and 44 MLAs, respectively, in the state Assembly.

The majority mark in the 288-member Maharashtra Assembly is 145.