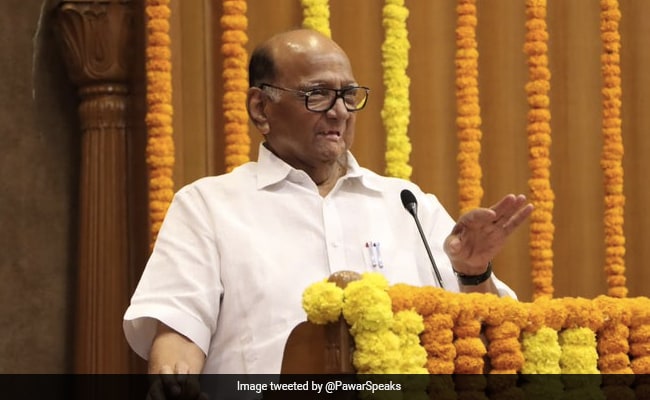 "Pawar saheb had last week said that he wanted the opposition parties to come together. It is not important who will lead the front. That can be decided later. But, the opposition needs to come together. A front should be made to highlight the issues people have with the policies of the Central government. Pawar Saheb had said he will work towards it," Mr Malik told ANI in Mumbai.

This comes as Mr Pawar, who is a member of the Rajya Sabha, is celebrating his 80th birthday today. Earlier in the day, Prime Minister Narendra Modi extended his wishes to the NCP supremo.

Responding to the development, Mr Malik said Mr Pawar is a senior leader with "good relations" with all parties and it is natural that senior leaders wish him well.

"We are celebrating the 80th birthday of Sharad Pawar. He is been in politics for around 60 years. He has served as the Chief Minister of Maharashtra and as a Union Minister. So, political leaders including Prime Minister Narendra Modi are extending their wishes. Our leader (Pawar) is a jack of all trades. No one can question him on merits," Mr Malik said.

"In 2014, Pawar ji had said that the reason for UPA's failure was its leaders who were expressing views in English and only a few could understand it. There was no conversation in Hindi. Now the issue is old, I don't think we should discuss," he added.

Mr Pawar, who was born on December 12, 1940, in Maharashtra's Baramati, has a political career spanning over 60 years. In 1967, he was elected a member of Maharashtra Legislative Assembly from Baramati constituency on a Congress ticket and has been in public service since then.

However, in 1999, he broke ties with Congress to form the Nationalist Congress Party. He had also served as the Chief Minister of Maharashtra and held several key ministerial portfolios at the Centre.