During a recent visit to Shri Sai Janmasthan Temple at Pathri, Maharashtra Chief Minister Uddhav Thackeray had announced a grant of Rs 100 crore for development of the town. 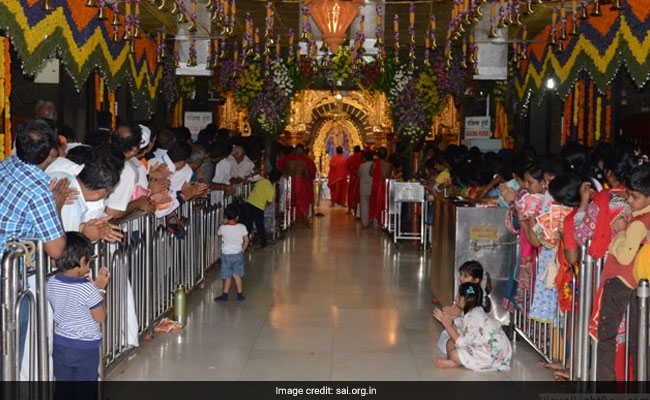 While Shirdi is Saibaba's "karmabhoomi" (work place) and Pathri is "janmabhoomi" (birthplace): Minister

NCP legislator Durrani Abdullah Khan has said there is enough evidence to prove that Saibaba was born at Pathri and there is a fear if the town in Parbhani district of Maharashtra is developed, the importance of Shirdi, which has a grand temple of the saint, will fade.

Devotees in large numbers throng the Shri Sai Janmasthan Temple at Pathri and during a recent visit there, Chief Minister Uddhav Thackeray had announced a grant of Rs 100 crore for development of the town.

People of Shirdi, in Ahmednagar district, are afraid that if Pathri is developed, the importance of Shirdi will decline, Mr Khan said.

There is enough evidence to prove that Pathri is the birthplace of Saibaba and President Ramnath Kovind has also endorsed the fact earlier, the NCP leader added.

"While Shirdi is Saibaba's ''karmabhoomi'' (work place) and Pathri is ''janmabhoomi'' (birthplace) and both these places have their own importance," he said.

Tourists from across the country and world visit Pathri in large numbers, he said, adding that the town lacks good infrastructure.

"The Chief Minister has agreed to grant Rs 100 crore to Pathri. People of Shirdi don't have an issue with the funds, they just don't want Pathri to be called Saibaba's birthplace," he said.

Shirdi residents fear that if Pathari comes under the limelight, the flow of devotees to their town will come down, he said.

The Saibaba Temple at Shirdi draws lakhs of devotees and is one of the most popular pilgrim destinations in the country.