Gopal Singh Chawla posted his photo with the Punjab minister on his Facebook page, fueling another round of barbs at Navjot Sidhu and his Pakistan outing. 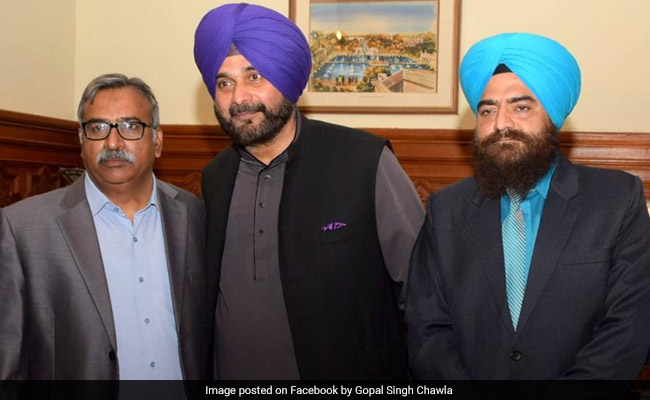 Navjot Singh Sidhu, under attack after his photo with pro-Khalistan activist Gopal Singh Chawla emerged online, today claimed that he was photographed thousands of times during his visit to Pakistan for the Kartapur corridor groundbreaking ceremony and does not know who Gopal Chawla is.

"There was so much love in Pakistan that every day probably 10,000 pictures were being taken of me alone and with several people there (in Pakistan), I don't know who Gopal Chawla is," Mr Sidhu, a cabinet minister in the Punjab government said, on his return to India through the Wagah Border.

Gopal Chawla had posted his photo with Mr Sidhu on his Facebook page. 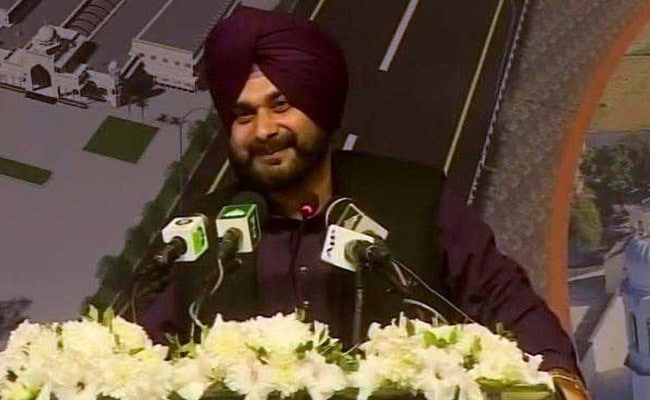 Navjot Singh Sidhu is already under fire for his visit to Pakistan and for effusively praising Pakistani Prime Minister Imran Khan at the event. The four-km corridor will provide a road from Gurdaspur in Punjab to Kartarpur near the Pakistan border, to enable Sikh pilgrims from India to visit the famous Gurdwara where Guru Nanak spent his final years.

Imran Khan's comments at the event on peace efforts and resolving the Kashmir issue have angered India. Union Minister Harsimrat Kaur, who also attended the ceremony, took a swipe at Mr Sidhu on his bonhomie with the Pakistani prime minister. "He offered to have him (Navjot Singh Sidhu) fight elections from Pakistan. Sidhu seems to have more love and respect in Pakistan than what I noticed over here. He has some good relationships over there," Ms Badal told news agency ANI.

Chawla, who heads the Pakistan Sikh Gurdwara Parbandhak Committee, recently provoked anger in India when he stopped Indian officials from visiting a Gurudwara in Lahore to meet Sikh pilgrims from India.

His name cropped up during investigations into a grenade attack earlier this month at the Nirankari Bhawan in Amritsar in which three were killed.

He is also believed to be close to terrorist Hafiz Saeed and has also been photographed with him.