PM Modi had slammed Congress president Rahul Gandhi for "raising doubts" over the cross-border surgical strike carried out by the Army in September 2016. 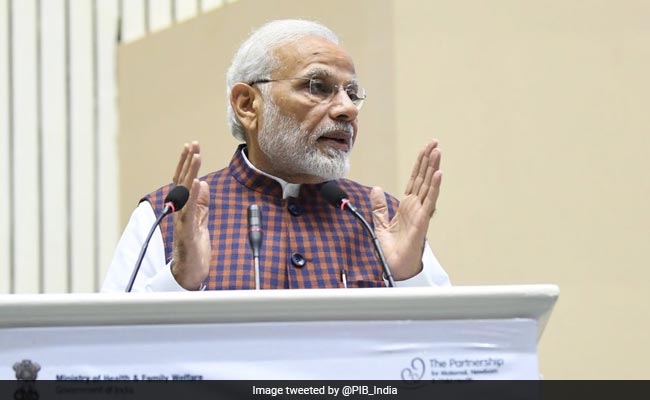 Prime Minister Narendra Modi Saturday hit out at the Congress party, saying national security and defence sector were either a punching bag or a funding source for it.

"For the Congress, national security and the defence sector is either a punching bag or a funding source," he said in an interaction with BJP workers from Tamil Nadu through video conference from New Delhi.

The Prime Minister alleged that the (Congress) leaders mock at the surgical strike on the one hand while on the other, they have looted defence sector from the jeep scam back in the 1940s and 50s to the Bofors in the 80s, the AgustaWestland and submarine scam, among many others.

"All they see is the way to make money even if it means the morale of our forces is diminished," PM Modi said.

"We are proud of our forces and have faith in them," the Prime Minister said.

During an election campaign in Rajasthan recently, PM Modi had slammed Congress president Rahul Gandhi for "raising doubts" over the cross-border surgical strike carried out by the Army in September 2016.

He had alleged that the military operation left the opposition party dejected instead of elated.

His jibe at the Congress came after Mr Gandhi accused him of shaping the Army's surgical strike across the LoC into a "political asset" and being "unsuccessful" in creating job opportunities for the youth.