National Security Advisor, Ajit Doval paid his tribute to the "brave 40 CRPF jawans, who sacrificed their lives in Pulwama for the country" 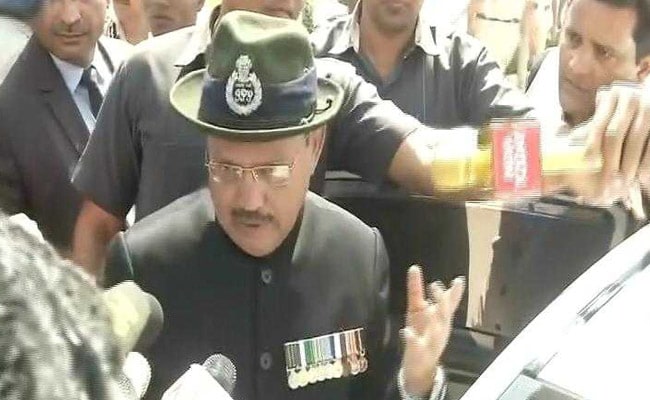 National Security Adviser Ajit Doval today said that the country will never forget the "supreme sacrifice" of the 40 CRPF personnel who were killed in last month's terror attack in Jammu and Kashmir's Pulwama. He also said that the "country's leadership is very capable to effectively respond" to terrorist attacks.

"I want to pay tribute to the brave 40 CRPF jawans who sacrificed their lives in Pulwama for the country. The country has not forgotten and will never forget...If your morale is high, India's future is safe...Maintain this credibility, capability and professionalism as India is looking up to you," Mr Doval said at the 80th raising day of the Central Reserve Police Force (CRPF) in Gurgaon.

Calling the CRPF "an incredible force of the nation", the NSA said, "Whenever we have meetings and discuss which force to send, how many battalions should be sent and where, we say send the CRPF. It is a credible force, we can completely trust them. It takes years to achieve such credibility."

Ajit Doval, the former head of the Intelligence Bureau, has been the subject of intense opposition attacks on the government over the Pulwama terror attack. The Congress has alleged that Ajit Doval, believed to be a confidante of Prime Minister Narendra Modi, was instrumental in releasing Masood Azhar - the chief of Jaish-e-Mohammed (JeM) which carried out the Pulwama attack - as part of negotiations in the 1999 Kandahar hijacking incident. It was this decision, Congress President Rahul Gandhi alleged, that allowed the Pakistan-based terrorist to orchestrate the killing of 40 CRPF soldiers in Pulwama .The opposition has also targeted the government over alleged lapses in intelligence and security protocol.

"What should we do? What should be our way, our aim and our response and time to respond? The country's leadership is both capable and courageous to (do) that. The country will tackle all such challenges and we have the courage to do this," the NSA said.