Citing news reports, the NCW said the alleged remarks made by him were "offensive, unethical and show disrespect towards dignity of women". 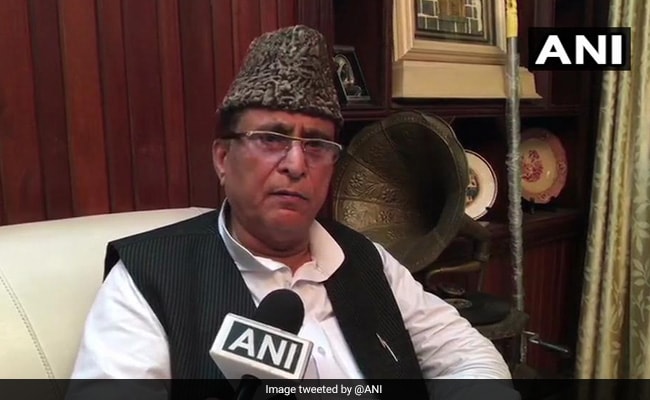 The National Commission for Women on Monday strongly condemned the "extremely derogatory" remarks made by SP leader Azam Khan allegedly against actor-turned politician Jaya Prada and issued a showcause notice to him.

Citing news reports, the NCW said the alleged remarks made by him were "offensive, unethical and show disrespect towards dignity of women".

"The Commission strongly condemns such irresponsible and disparaging comment on the matter. You are required to provide a satisfactory explanation to the Commission on the matter," NCW Under Secretary Barnali Shome said in the notice.

Reacting to Mr Khan's alleged remarks, she tweeted that the NCW would also be requesting the Election Commission to bar him from contesting elections.

Ms Sharma took cognisance of another tweet by an user, who had uploaded a video of the SP leader''s purported jibe.

The video of Khan making the "abusive" remarks was doing rounds on various social media platforms.

The alleged remark NCW took note of was: "I realised in 17 days that the underwear beneath is of the khaki colour."

Mr Khan allegedly made the remarks while addressing a poll campaign rally at Rampur, which goes to polls on April 23 along with a total of 115 constituencies across 15 states in the third phase of the elections.

Sena Rebels Get Reprieve Till July 12 From Supreme Court: 10 Facts