The video showed the half-naked woman being made to walk down a village road and being beaten with sticks as she screams for mercy. 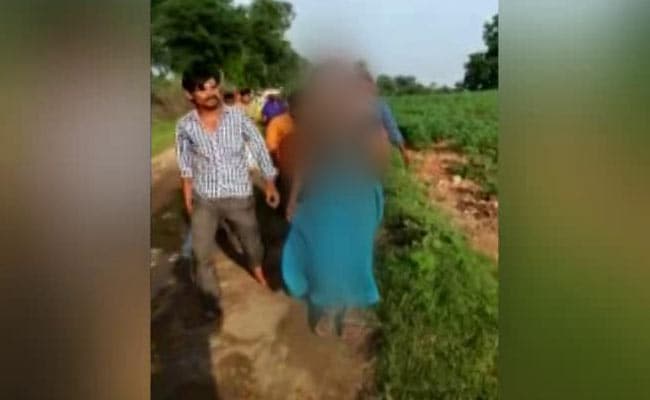 The National Commission for Women (NCW) today sought from the Madhya Pradesh police a report on its action in the case of alleged assault of a 19-year-old tribal woman who was also paraded half-naked by her community members for having an affair with a man of another tribe.

A video of the incident, which took place on Saturday in Madhya Pradesh's Alirajpur district, surfaced on social media on Tuesday.

The video showed the half-naked woman being made to walk down a village road and being beaten with sticks as she screams for mercy.

Taking suo motu cognisance of the incident, the National Commission for Women issued a notice to the Madhya Pradesh police chief, asking him to have the matter probed and send the panel a detailed report.

An NCW representative also spoke to the district police officials and urged them to ensure safety of the woman while seeking an expeditious probe into the matter, added an NCW statement.

The commission was informed that three persons have been taken into custody in this matter and the police is searching for other miscreants, the statement said.

"The NCW is monitoring the case very closely and has sought time-bound investigation in the matter," the statement added.