"Howdy, Modi!" event: US President Donald Trump will share the stage with PM Modi at the massive gathering of Indian-Americans at a football stadium with a seating capacity of over 50,000. 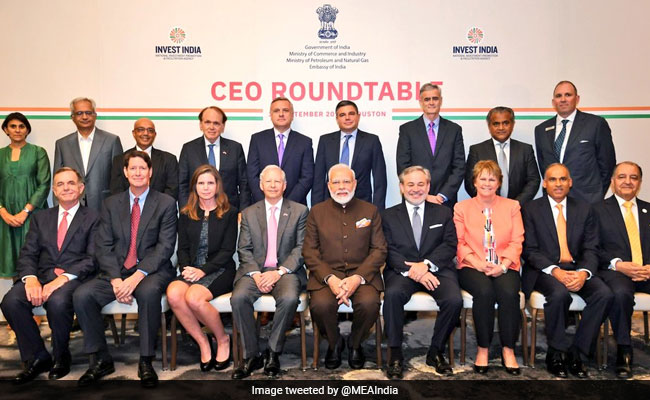 "Howdy, Modi!" event: PM Modi with CEOs from the energy sector in Houston

Ahead of the highly-anticipated "Howdy, Modi!" event today, Prime Minister Narendra Modi met the CEOs of top energy sector companies in the US at a roundtable discussion in Houston, his first engagement since his arrival in the country on Saturday. He also interacted with members of Dawoodi Bohra, a delegation of Kashmiri Pandits and Sikh communities.

He is in the US for his week-long tour, which will feature a grand event "Howdy, Modi" in Houston, Texas. US President Donald Trump will share the stage with PM Modi at the massive gathering of Indian-Americans at a football stadium with a seating capacity of over 50,000. This will be the first time that the leaders of the two countries share a stage at an Indian-American community event.

On his arrival, the prime minister was received by US Ambassador to India Kenneth Juster, Indian Ambassador to the US Harsh Vardhan Shringla and other senior officials at the George Bush International Airport. "Howdy Houston! It's a bright afternoon here in Houston. Looking forward to a wide range of programmes in this dynamic and energetic city today and tomorrow," PM Modi tweeted. PM Modi will then fly to New York, where he is scheduled to address the UN General Assembly.

Here are the Highlights of "Howdy, Modi!" Houston Event: 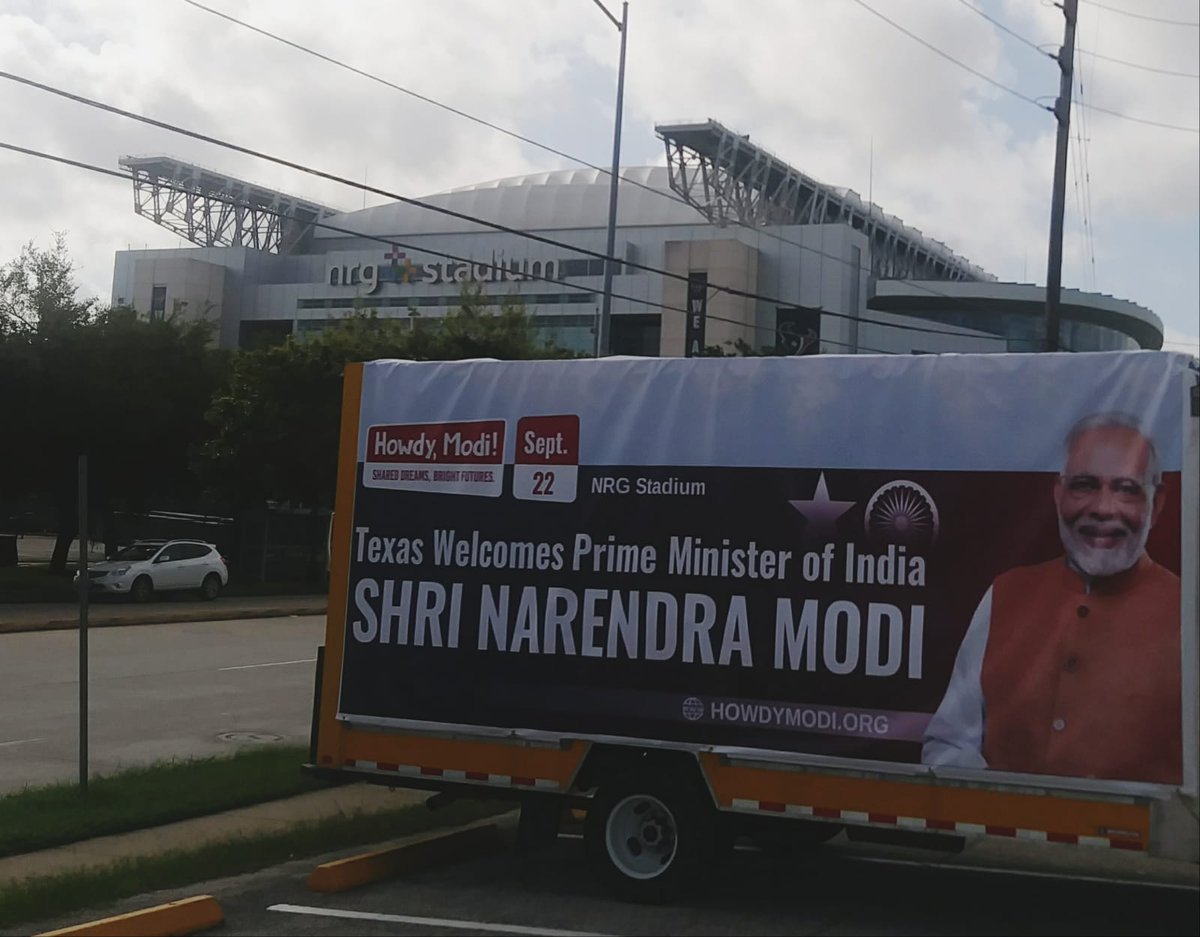 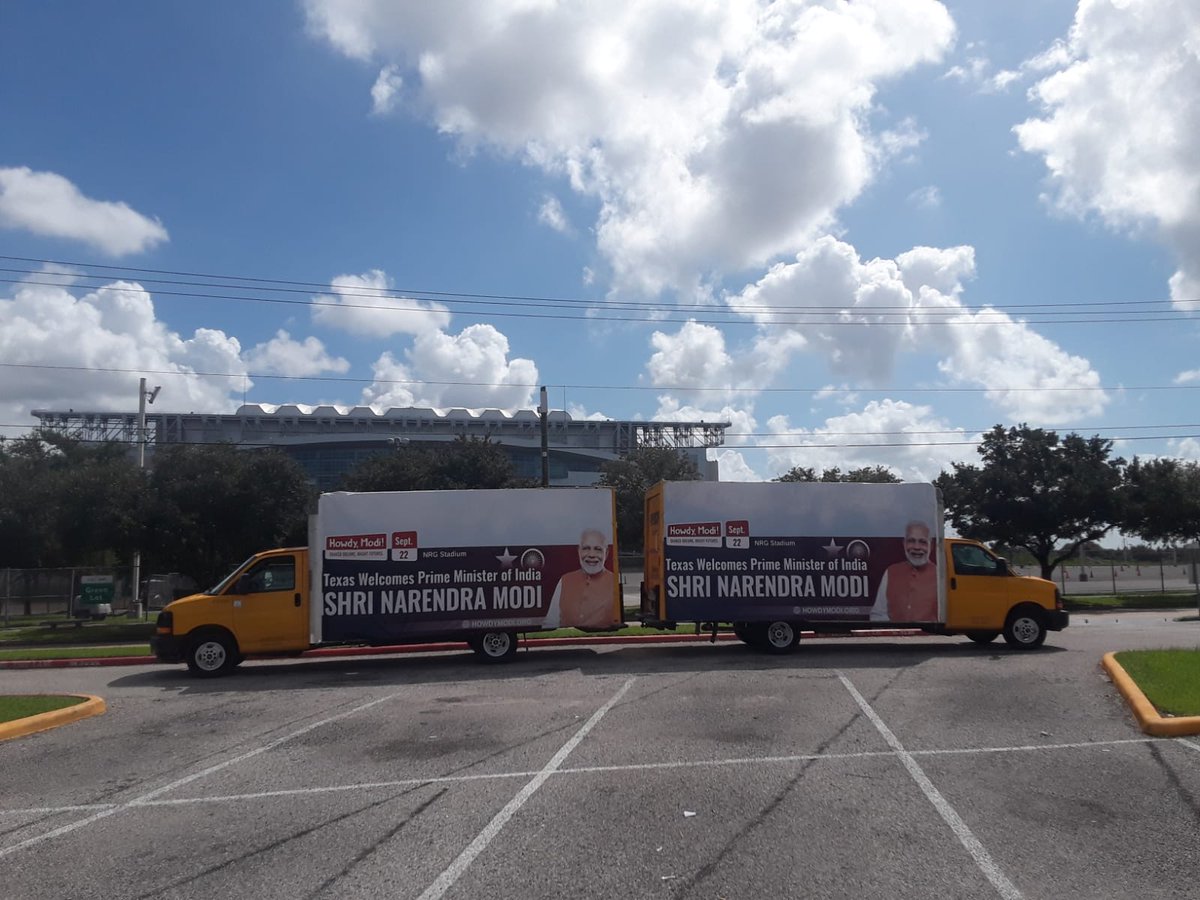 Sep 22, 2019 17:08 (IST)
See Pics: "Excited to see Modi, get words of wisdom from him," say "Howdy, Modi!" attendees gathering outside NRG stadium in Houston
"We are excited to see Modi, expect to hear from him, & get words of wisdom from him because he is an inspiration for the country and people around the globe," an attendee was quoted as saying to news agency ANI. 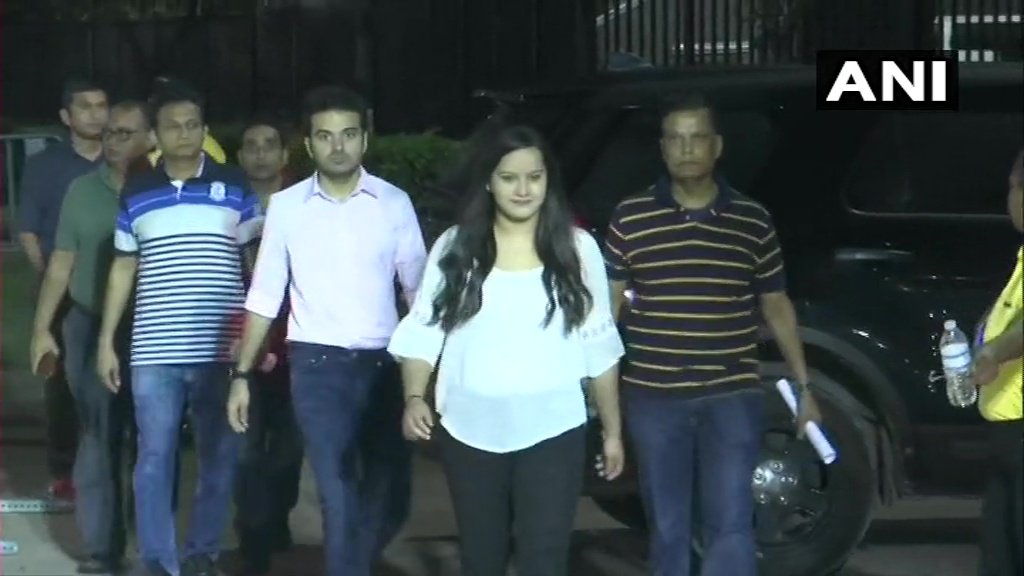 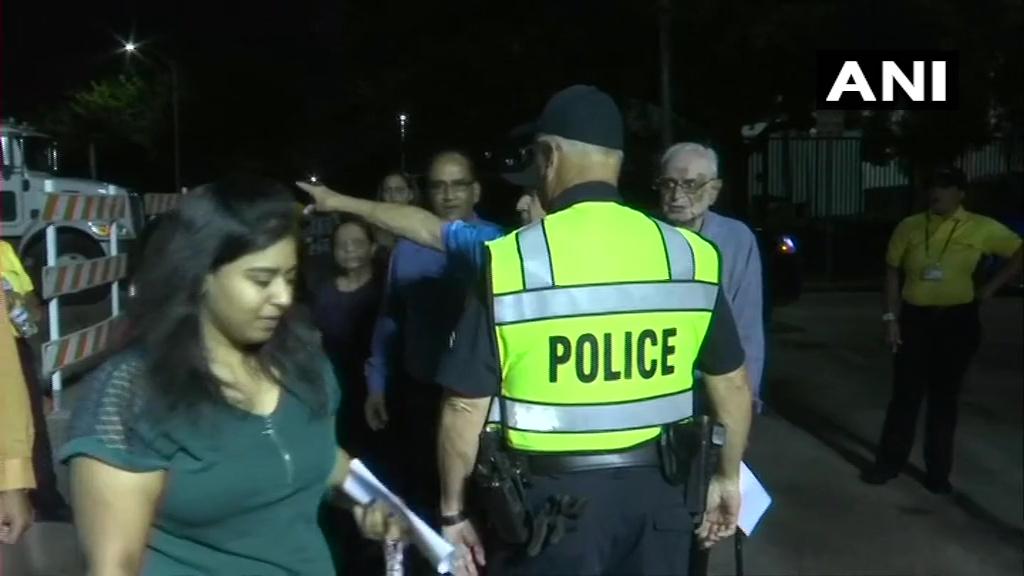 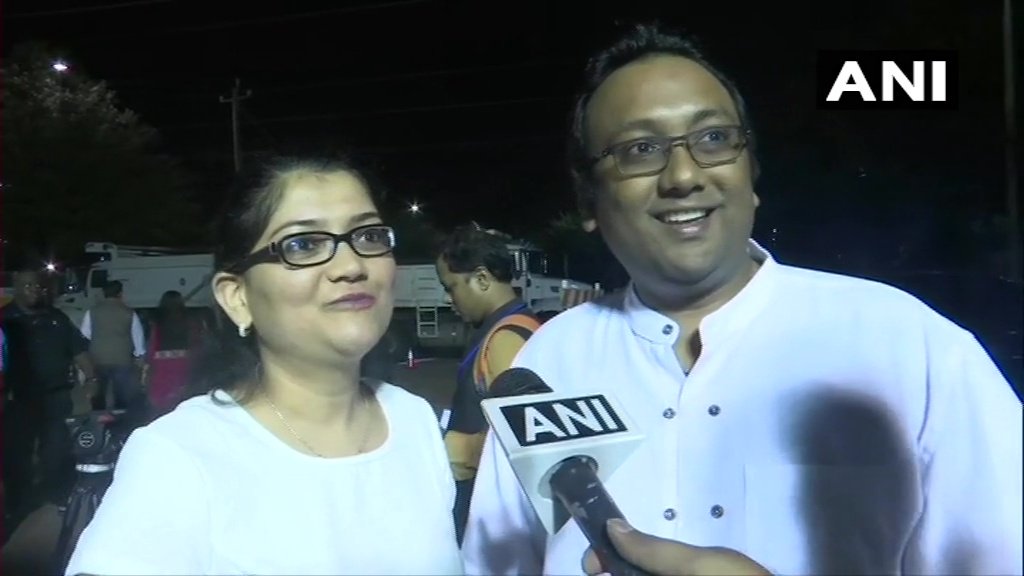 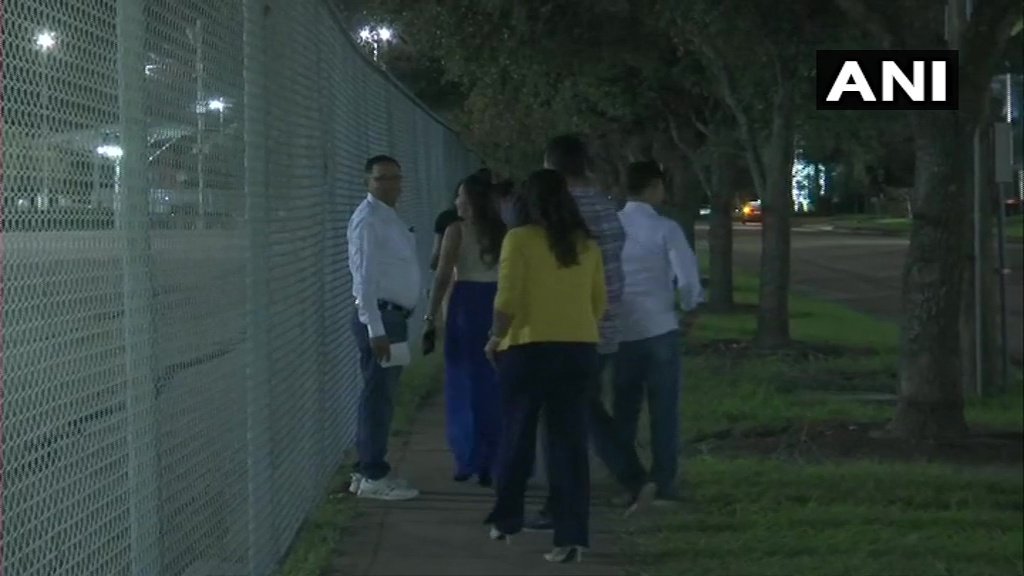 Read Here: Howdy Modi Houston Event: Donald Trump May Deliver 30-Minute Speech: Report
US President Donald Trump is expected to deliver a major, 30-minute speech on India and Indian Americans at the "Howdy, Modi!" event here in the world's energy capital on Sunday, which US officials asserted would bring fresh energy in the long-lasting relationship between the two democracies.
Sep 22, 2019 16:05 (IST)

Read Here: Modi In US: Who Will Speak First? PM Modi, Trump To Share Stage At "Howdy, Modi"
Anticipation is running high hours before the "Howdy, Modi!" event at Houston in the United States where Prime Minister Narendra Modi will share stage with US President Donald Trump. More than 50,000 Indian-Americans are expected to attend the mega event and it's not yet clear yet who will address the event first - PM Modi or Donald Trump.
Sep 22, 2019 15:37 (IST)

Read Here: "Howdy Houston": PM To Address Packed Texas Stadium Today - 10 Points
Prime Minister Narendra Modi will today address over 50,000 people in Texas at a sold-out event billed by the organisers as the largest-ever turnout for a foreign elected leader on US soil. Indian and US officials received him at Houston airport on Saturday. US President Donald Trump will join PM Modi at the event, 'Howdy, Modi!', organised by the Texas India Forum. "Howdy Houston! It's a bright afternoon here in Houston. Looking forward to a wide range of programmes in this dynamic and energetic city today and tomorrow," PM Modi tweeted. The Prime Minister will hold several bilateral meetings and address the United Nations General Assembly (UNGA) during his week-long stay in the US. The US and India may agree to a limited trade deal to lower some tariffs on US produce and restore preferential treatment for some Indian exports to the US, news agency Reuters reported. Pakistan Prime Minister Imran Khan, who will also speak at the UNGA, is likely to raise the Kashmir issue.
Sep 22, 2019 13:13 (IST)
President Trump's speech at "Howdy, Modi!" is expected to be of 30 minutes
Sep 22, 2019 10:31 (IST) 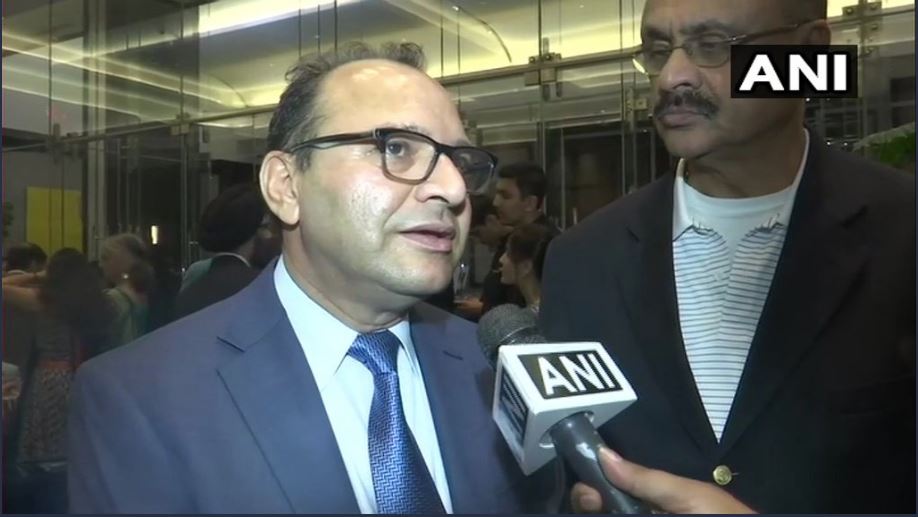 PM Meets Energy Sector CEOs In Houston, Says Impossible To Come To Houston And Not Talk About Energy
Ahead of the highly-anticipated "Howdy, Modi!" event, Prime Minister Narendra Modi met top energy sector CEOs at a round table meeting at Houston on Saturday, his first engagement since arrival in the United States.
Sep 22, 2019 09:24 (IST)
Discussed methods to harness opportunities in energy sector: PM

It is impossible to come to Houston and not talk energy!

Had a wonderful interaction with leading energy sector CEOs. We discussed methods to harness opportunities in the energy sector.

Also witnessed the signing of MoU between Tellurian and Petronet LNG. pic.twitter.com/COEGYupCEt

In Houston, a delegation of the Kashmiri Pandit community met the Prime Minister. They unequivocally supported the steps being taken for the progress of India and empowerment of every Indian. pic.twitter.com/KrIYemBBKB

The Dawoodi Bohra community felicitates PM @narendramodi in Houston. They recall PM Modi's visit to Indore last year to attend a programme of their community as well as highlight PM Modi's association with Syedna Sahib. pic.twitter.com/PBOd0k0PTv

Avinder Chawla, sitting Commissioner, Arvin, California: We submitted a memorandum & thanked Modi ji for what he has done for Sikh community. We thanked him for Kartarpur corridor. President Trump is coming here tomorrow (at Howdy Modi), shows how important a leader PM Modi is. pic.twitter.com/iLSBKlcOFg 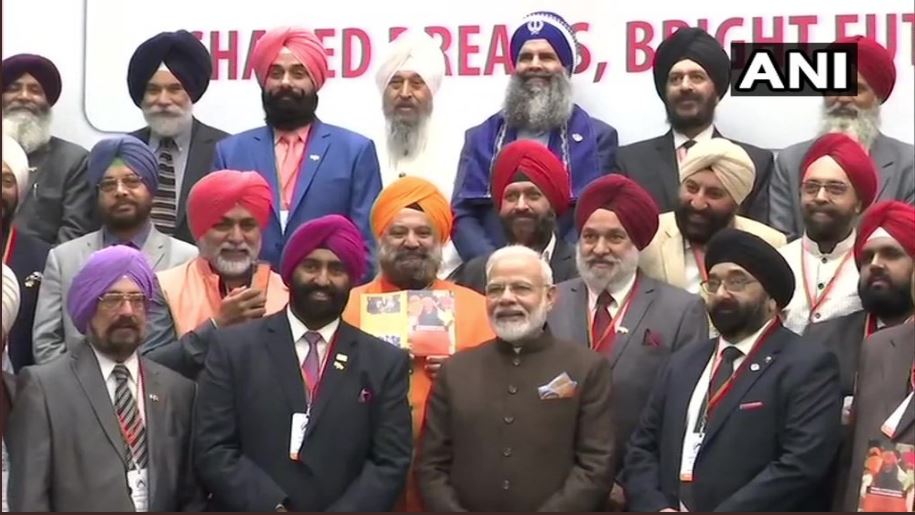 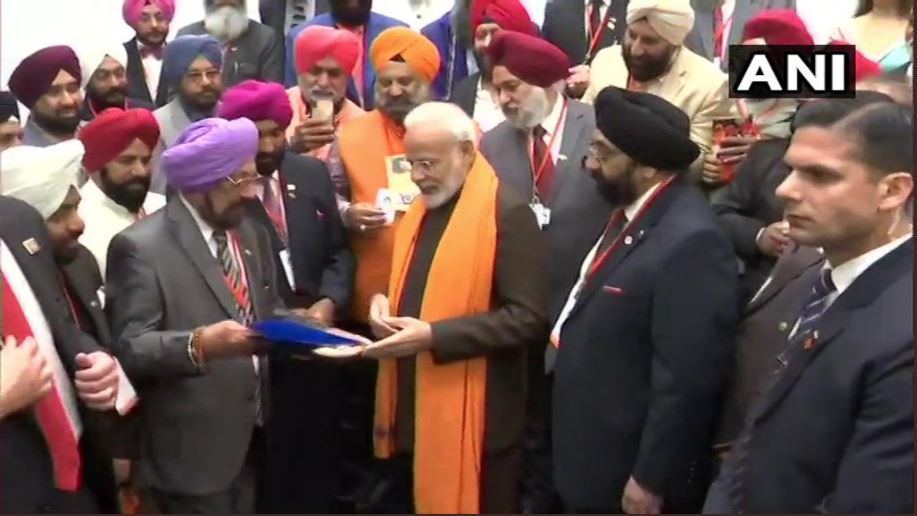 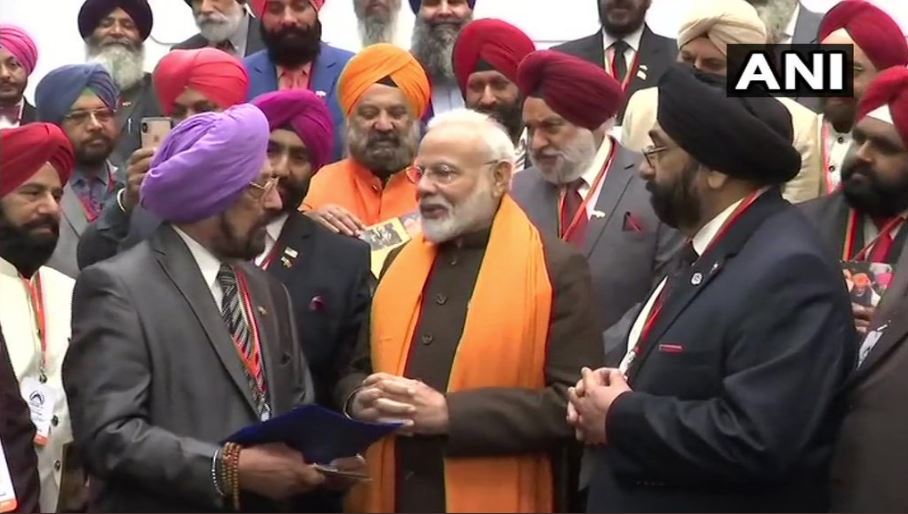 The Prime Minister interacted with the members of the community, during which they congratulated PM Modi on some of the pathbreaking decisions taken by the Government of India. pic.twitter.com/P3Y3qU0b1n

Among the first engagements of PM @narendramodi in Houston is a meeting with CEOs from the energy sector.

India and USA are looking to diversify cooperation in this sector. pic.twitter.com/uqlozcTOAZ

After 'Howdy, Modi!', PM And Trump May Agree To Lower Tariffs On Exports
The United States and India are racing to negotiate a limited trade deal that U.S. President Donald Trump and Indian Prime Minister Narendra Modi can sign at the United Nations General Assembly in New York at the end of September, people familiar with the talks said
Sep 22, 2019 05:32 (IST)

Unites States: Prime Minister Narendra Modi with the CEOs from the energy sector in Houston. pic.twitter.com/b47sR5E8M8 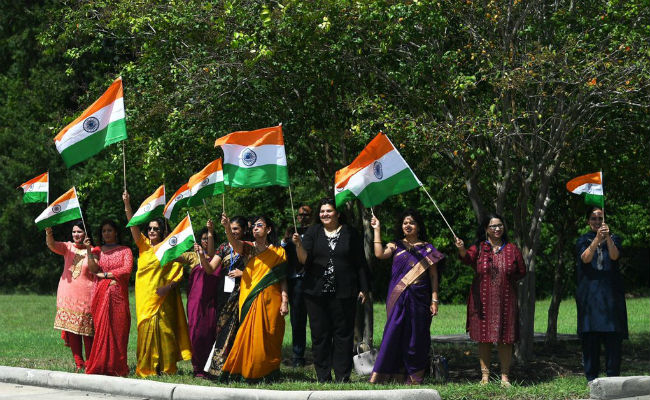 "Howdy Houston!" Says PM Modi, Will Address Mega Event Today
Prime Minister Narendra Modi arrived in Houston on Saturday, beginning his week-long tour to the United States in which he will hold several bilateral meetings and will address the United Nations General Assembly. One of the highlights of PM Modi's US visit is his address at the grand "Howdy, Modi" event on Sunday, where he will share the stage with US President Donald Trump. Over 50,000 people are expected to attend the function