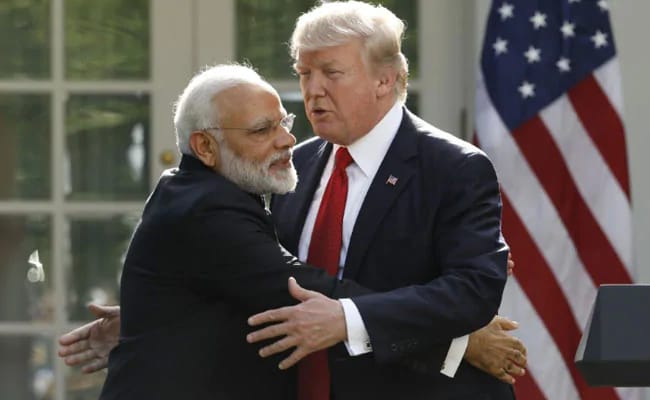 "Howdy, Modi!" Event: Donald Trump is flying to Houston only to attend it. (File photo)

US President Donald Trump is expected to deliver a major, 30-minute speech on India and Indian Americans at the "Howdy, Modi!" event here in the world's energy capital on Sunday, which US officials asserted would bring fresh energy in the long-lasting relationship between the two democracies.

Contrary to what was reported earlier, Trump, the 45th president of the United States, is no longer making a guest appearance or making a notional brief remark at the diaspora event. Trump, who as a Republican presidential candidate in 2016 promised to be India's best friend, is flying to Houston only to attend the "Howdy, Modi!" event.

As per the schedule released by the White House on late Saturday night, Trump will spend 100 minutes at the NRG Stadium. While the duration of his speech is not yet known, it is believed his remarks could last as long as 30 minutes. He is also expected to be present in the audience during Prime Minister Narendra Modi's address.

Mr Barai, a close friend of the Indian prime minister, had organised Modi's historic Madison Square Garden event in New York in 2014. "Leaders of the two largest democracies in the world addressing more than 50,000 people from one platform is historic. This will further cement India-US relationship," Mr Barai said.

"It will be a great opportunity to emphasise the strong ties between the people of the United States and India, to reaffirm the strategic partnership between the world's oldest and largest democracies, and to discuss ways to deepen their energy and trade relationship," White House Press Secretary Stephanie Grisham had said last week.

From Houston, Trump will travel to Wapakoneta in Ohio, where he will be joined by Australia Prime Minister Scott Morrison for a tour of a new Australian-owned manufacturing facility. From Ohio, Trump will fly to New York to attend the annual session of the UN General Assembly.

On Monday he is scheduled to meet Pakistan Prime Minister Imran Khan. A day later, Trump would hold a formal bilateral dialogue with PM Modi in New York.