Narendra Modi could give a new sense of direction: former Australian envoy 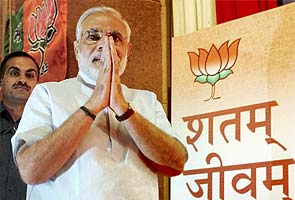 "India, the elections next year will probably result in a new team - whichever party or parties come out on top. The controversial but effective opposition figure Narendra Modi could give India a new sense of direction," he said while delivering a speech at Australia India Institute in Melbourne recently.

Mr McCarthy, one of the Australia's most accomplished diplomats, said, "Given the degree to which political power in India has become more diffused in recent years, it is not assured that India will quickly regain the momentum it enjoyed in the first decade of the century."

"But, it will not go backwards and it would be a serious mistake for Australia to dilute the efforts it has put into the relationship over the past decade," he said.

Promoted
Listen to the latest songs, only on JioSaavn.com
Mr McCarthy's view has come at a time when Australian High Commissioner to India Patrick Suckling had called on Mr Modi last week and invited him to visit Australia.