People had seen the governments of Congress and BJP, but development had not taken place as it should have been, K Chandrashekar Rao said. 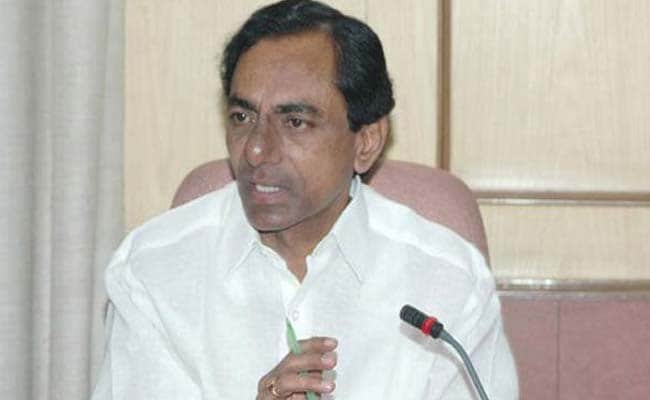 Attacking both the BJP and the Congress, TRS president and Telangana Chief Minister K Chandrasekhar Rao on Wednesday claimed that Prime Minister Narendra Modi has turned out to be an "utter flop" despite having a complete majority in the Lok Sabha.

People had seen the governments of Congress and BJP, but development had not taken place as it should have been, he charged.

"Definitely, a good government needs to come if good is to happen in this country. We have seen both parties. We have seen Congress party and also BJP party. People had lot of hopes from Narendra Modi. But, he has also been an utter flop," Mr Rao said.

"Modi ji has been Prime Minister for the last five years with complete majority and complete opportunity. But what (good) happened I am asking," he said.

He also said while Congress president Rahul Gandhi alleged TRS was with PM Modi, the prime minister alleges it was with Congress.

But, TRS was not with anyone and was the agent for the people of Telangana, he said.

"Telangana people are the bosses for TRS," he said at election meetings near Andole under Zaheerabad and Narsapur in Medak Lok Sabha constituencies.

Noting that former Prime Minister Indira Gandhi came up with the slogan ''Garibi Hatao'' in 1970s, he said her grandson Rahul Gandhi (Congress president) was still talking about eliminating poverty through ''NYAY'' scheme.

"How many decades will these slogans be? How long do people have to witness such drama?... It is the same slogan from grandmother''s time to grandson, how bankrupt is their thinking," he said.

Referring to Modi government''s reported promise to bring back the black money stashed abroad and deposit Rs 15 lakh in the bank account of every citizen in 2014, he alleged that no sincere efforts had been made.

The chief minister said he would fight to the best of his ability "to change India''s direction and speed and to get a new agenda ..."