Mathew Samuel has been asked to present himself or send an authorised representative before the Investigating Officer (IO). 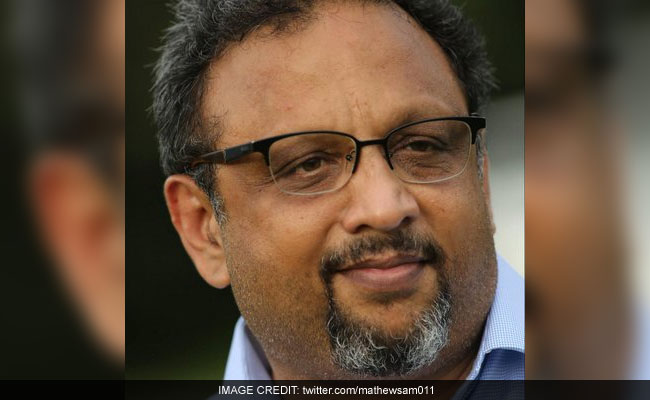 CBI is probing the case separately on charges of alleged corruption.

Kolkata: The Enforcement Directorate has issued summons to the CEO of Narada news, Mathew Samuel in connection with its money laundering probe in a 'sting' operation where a number of Trinamool Congress (TMC) leaders, including MPs and ministers, were allegedly seen taking money on camera.

Officials said Mathew Samuel has been asked to present himself or send an authorised representative before the Investigating Officer (IO) of the case on May 18 at its office at Salt Lake.

He has also been asked to bring along or send his personal financial documents, those of the news channel and Income Tax Returns (ITRs) for the last three assessment years during deposition, they said.

The CEO is not an accused in the Enforcement Case Information Report (ECIR) and ED wants to question him to get information about the sting and circumstances in which it was done.

The CBI has previously enquired Mr Samuel regarding the case.

CBI too is probing the case separately on charges of alleged corruption.

The agency had registered a criminal compliant in this case last month under the provisions of the Prevention of Money Laundering Act (PMLA) after studying the CBI FIR.

It will probe the 'proceeds of crime' generated in this case.

While the CBI's criminal FIR had been registered against 12 TMC leaders and an IPS officer, the Enforcement Directorate's FIR, called Enforcement Case Information Report (ECIR), has been booked against 14 entities that includes a category of unknown persons apart from the 13 in the CBI compliant, they said.

The sting operation pertains to the secret filming of the TMC leaders and the IPS officer while they allegedly accepted money from the representatives of a fictitious company for extending favours to it.

Saiyaad Mirza, who was then posted as the Superintendent of Police of Burdwan, was too purportedly seen accepting money on camera.

The Calcutta High Court had ordered the CBI to conduct a preliminary enquiry in the matter and had later asked it to file an FIR to probe the incident.

The FIR was registered under section 120 (b) of IPC related to criminal conspiracy and provisions of the Prevention of Corruption Act dealing with bribery and criminal misconduct.

Promoted
Listen to the latest songs, only on JioSaavn.com
The sting operation was supposed to be published in a magazine where Mr Samuel, the man behind it, was then working.

However, the tapes were later run on Naradanews.com.