Nandamuri Harikrishna, 62, was the brother-in-law of N Chandrababu Naidu

The accident took place around 6:30 am in Nalgonda, 100 km from Hyderabad.

The actor-politician was driving his SUV, a Toyota Fortuner, at a high speed, to attend a wedding in Nellore when his car hit a divider and flipped, landing on its side. The police believe Mr Harikrishna was driving at a speed of up to 150 km per hour as he wanted to make it to the wedding by 9 am.

The SUV also hit another car, a Maruti Suzuki Dzire. Three others in the car with Mr Harikrishna survived with injuries. 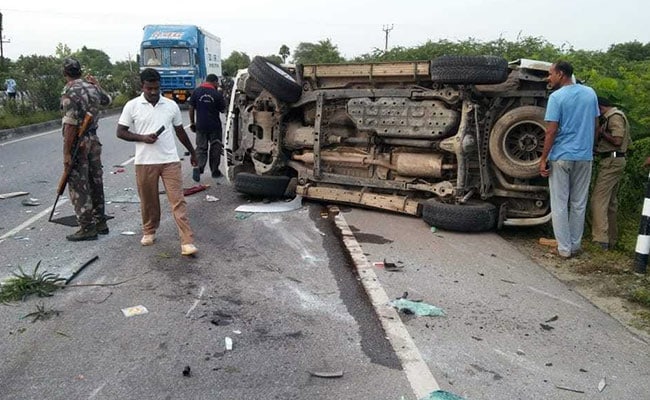 The accident took place in the early hours of Wednesday in Nalgonda, around 100 km from Hyderabad.

Mr Harikrishna was thrown out of the car and suffered chest and head wounds. He was taken to hospital in a very critical state. He died soon after.

"Harikrishna suffered severe head injury. Also we suspect internal bleeding. However, the exact cause of death is yet to be ascertained," Ameer Khan, Duty Medical Officer of Kamineni Hospitals at Narkatpally told news agency PTI.

Mr Naidu tweeted that he was "deeply shocked" by the news of Mr Harikrishna's death.

In the 1980s, Nandamuri Harikrishna famously drove around his father NT Rama Rao - or NTR - on a campaign tour of the state. He was made state transport minister when NTR became chief minister.

Mr Harikrishna's oldest son Nandamuri Janakiram was killed in a road accident in 2014. Junior NTR was also in an accident in 2009, but he escaped with injuries.