The Nagaland government has formed a five-member Special Investigation Team (SIT) of the state police to probe the incident. 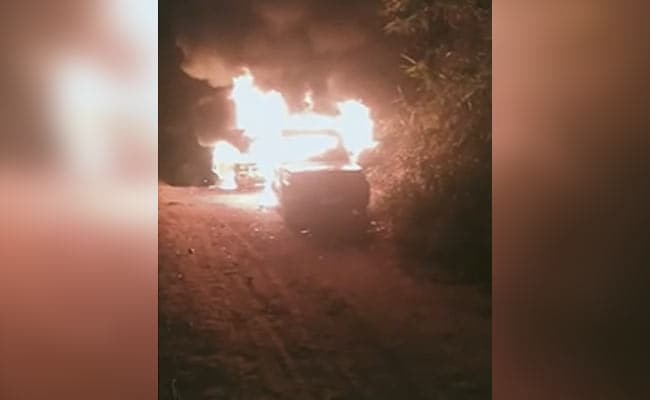 The incident took place in Oting village in Mon district of Nagaland.

Thirteen villagers were killed on Saturday in a case of "mistaken identity" during a counter-insurgency operation in Oting village in Mon district of Nagaland, said sources. A security force jawan was also killed in the incident. Another villager died on Sunday as a mob attacked the Assam Rifles camp.

The Nagaland government has formed a five-member Special Investigation Team (SIT) of the state police to probe the incident. The case has been transferred to the crime branch police station. A murder case has also been filed.

All activities of the state's signature Hornbill festival have been cancelled till tomorrow night, government sources say.

Chief Minister Neiphiu Rio, while appealing for calm, said that a high-level Special Investigation Team will probe it.

Union Home Minister Amit Shah is to speak on the incident in Parliament today; Mr Shah will speak in the Lok Sabha at 3 pm and in the Rajya Sabha an hour later. The opposition, meanwhile, has served multiple adjournment notices this morning, demanding detailed discussions.

Here are the Highlights on Nagaland civilian deaths:

Dec 06, 2021 00:58 (IST)
5-member Trinamool Congress delegation to visit Nagaland tomorrow
A five-member Trinamool Congress delegation, including Rajya Sabha MP Sushmita Dev, will be visiting Nagaland tomorrow to meet the families of those who died and got injured in the firing incident at Moh district on Saturday, said Trinamool Congress.
Dec 05, 2021 23:48 (IST)
Security forces should've meticulously examined info on movement of insurgent groups: Lok Sabha MP
A day after the reported killings of civilians by security forces in Oting village in the Mon district of Nagaland, Lok Sabha MP from Nagaland, Tokheho Yepthomi on Sunday said that even if the security forces had received information about the movement of insurgent groups, they should have examined the inputs meticulously.

While speaking to ANI today, the Nationalist Democratic Progressive Party (NDPP) MP said, "In the last 25 years, all the Naga national groups are engaged in a dialogue with the Central Government. It is said that security forces have received some info about the movement of insurgent groups. I can''t totally rule this out, but, even if such information was there, the security forces should have meticulously examined the inputs."
Dec 05, 2021 23:31 (IST)
"Genocide, War Crimes, Execution": Nagaland BJP On Botched Operation
"It is tantamount to war crimes during peacetime and amounts to summary execution as well as genocide," Nagaland state BJP president Temjen Imma Along said about the killing of 15 people, including 14 civilians and one special forces personnel, in a counter-insurgency operation that went awry on Saturday.
Dec 05, 2021 22:57 (IST)
Congress slams Centre over killing of civilians in firing
The Congress on Sunday attacked the Centre over the killing of civilians in firing by security forces in Nagaland's Mon district, saying it has again exposed the "rank incompetence and folly of the Modi government in pushing a hitherto peaceful North East into turmoil and violence".
Former Congress chief Rahul Gandhi said the government must give a "real reply" as to what the Home Ministry is doing when "neither civilians, nor security personnel are safe in our own land".
Security forces opened fire on civilians, killing 14 and injuring 11, in Nagaland's Mon district in three consecutive incidents of firing, the first of which was possibly a case of mistaken identity, police said on Sunday. One soldier also died in the rioting which followed.
Dec 05, 2021 22:23 (IST)
A curfew has been imposed in the Mon district of Nagaland, and movement of all vehicles of non-essential nature, including commercial vehicles, has been prohibited under section 144 of the Criminal Procedure Code. 15 people, 14 civilians, and one special forces personnel have died in the district so far. A murder case has also been filed.

Dec 05, 2021 21:47 (IST)
All activities of Hornbill festival canceled till Tomorrrow night, say government sources
Dec 05, 2021 21:31 (IST)
How The Army Operation In Nagaland Went Wrong
A counter-insurgency operation being conducted by an elite unit of the Indian Army's Para Special Forces in Nagaland went horribly wrong on Saturday, leading to the deaths of 13 innocent villagers, who were wrongly believed to be militants. An Army jawan also lost his life when the situation quickly deteriorated out of control.
Sources said the classified operation was being conducted without the knowledge of the police or Assam Rifles, the para-military force which has a key role in handling insurgency in this area.
The Mon area is the bastion of Naga group NSCN(K) and Assam's ULFA (United Liberation Front of Asom) and the district which shares an international border with Myanmar as well as the state border with Assam.  The area is known to be sensitive and volatile.
Dec 05, 2021 17:41 (IST)

Deeply pained by the unfortunate death of 13 civilians during counter-insurgency operations in Mon, Nagaland.
I express my condolence to the bereaved families and pray for speedy recovery of the injured.
Hope the high-level SIT will bring out the truth & help ensure justice. 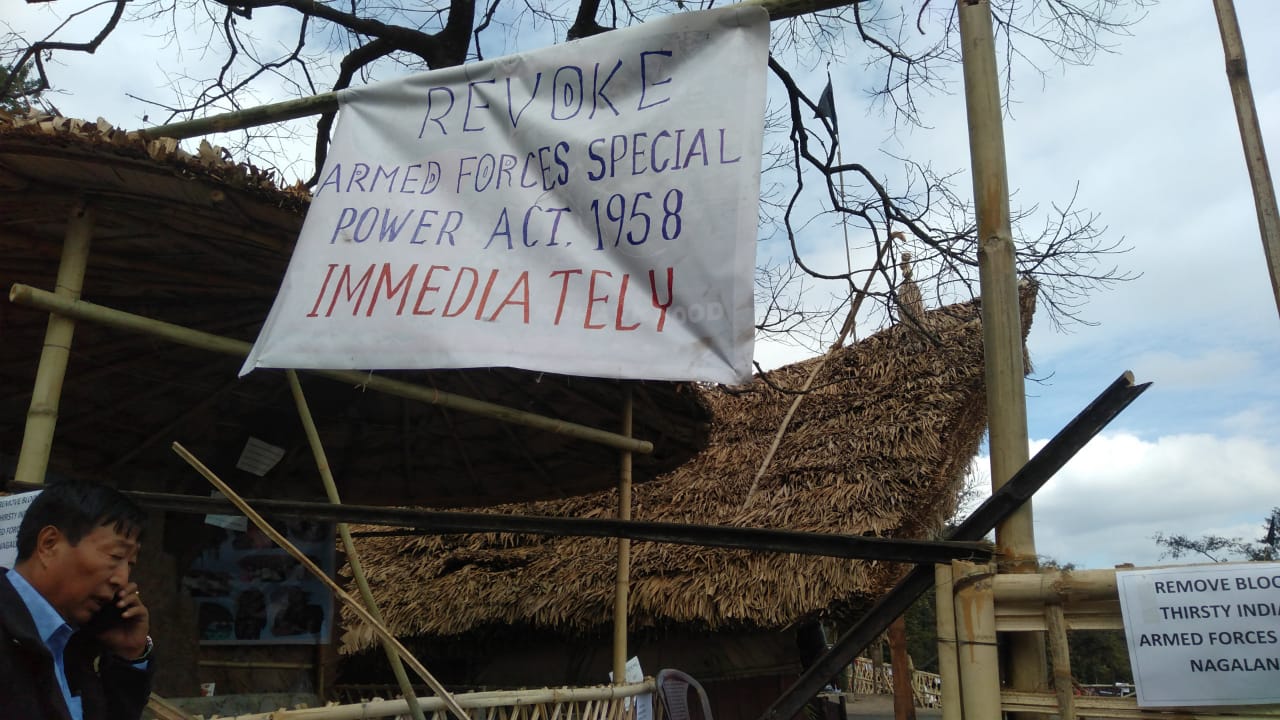 Heartbreaking news coming out of Nagaland, my deepest condolences to all the bereaved families. They deserve justice.

Heartfelt condolences to the bereaved families. I pray for the speedy recovery of those who were injured.

We must ensure a thorough probe into the incident and ensure that all victims get justice!

Dec 05, 2021 15:02 (IST)
In a statement, the army said: "Based on credible intelligence of likely movement of insurgents, a specific operation was planned to be conducted in the area of Tiru, Mon District, Nagaland. The incident and its aftermath is deeply regretted".
Dec 05, 2021 14:10 (IST)

Dec 05, 2021 12:32 (IST)
Chief Minister Neiphiu Rio, who was on short visit to Delhi, has left the national capital for Nagaland. He is expected to hold urgent cabinet meeting to review the situation, government sources tell NDTV.
Dec 05, 2021 12:14 (IST)

Nagaland Firing: 13 Villagers, Jawan Die In Nagaland As Security Op Goes Awry: 10 Points
Thirteen villagers and a soldier were killed near Myanmar border in Nagaland as a counter-insurgency operation went awry today, sources said. Union minister Amit Shah said a Special Investigation Team appointed by the state will probe the matter.
Dec 05, 2021 12:00 (IST)
Chief Minister Neiphiu Rio condemned the incident and assured that it will be investigated.
"The unfortunate incident leading to killing of civilians at Oting, Mon is highly condemnable. Condolences to the bereaved families & speedy recovery of those injured. High level SIT will investigate & justice delivered as per the law of the land. Appeal for peace from all sections," he tweeted.
Deputy Chief Minister Yanthungo Patton promised that justice will be delivered.
Dec 05, 2021 11:00 (IST)
The incident took place between Oting and Tiru villages when some daily-wage labourers were returning home in a pick-up van from a coal mine on Saturday evening.
Dec 05, 2021 10:42 (IST)

Anguished over an unfortunate incident in Nagaland's Oting, Mon. I express my deepest condolences to the families of those who have lost their lives. A high-level SIT constituted by the State govt will thoroughly probe this incident to ensure justice to the bereaved families.

Dec 05, 2021 10:13 (IST)
Nagaland chief minister assures high-level SIT probe
Nagaland Chief Minister Neiphiu Rio, appealing for calm, tweeted this morning about the "unfortunate incident" that led to "killing of civilians" in the state. The Chief Minister said that a high-level Special Investigative Team will probe it.
Dec 05, 2021 10:12 (IST)
Security forces mistook villagers to be insurgents, say sources
Acting on a tip off, the security forces had planned an ambush on the Tiru-Oting road but mistook the villagers to be insurgents, said sources.
As villagers were killed in the firing, the locals turned into an angry mob and surrounded the security forces. The forces had to fire at the mob in 'self defense' and several villagers had received fire shots, said police sources.
Some security vehicles were also set on fire.
Dec 05, 2021 10:11 (IST)
Several villagers were killed today in a case of "mistaken identity" in Oting village in Mon district of Nagaland that borders Myanmar after a counter-insurgency operation went awry, said police sources. A security force jawan was also killed in the incident.