"My Wife Could Not...": Co-Passenger In Cyrus Mistry Car Crash

The statement of Darius Pandole (60) was recorded on Tuesday by the officials of the Kasa police station in Palghar, under whose jurisdiction the accident took place on September 4. 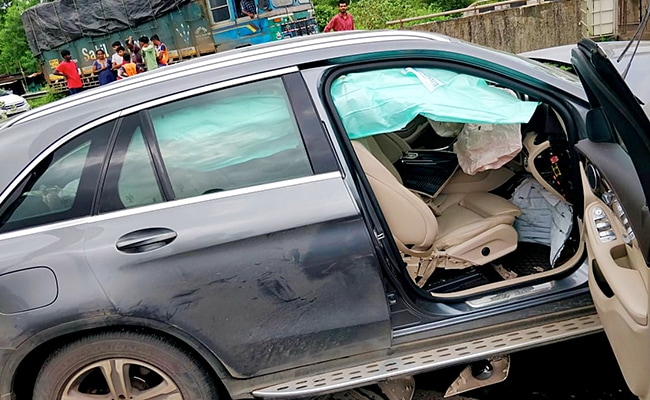 Darius Pandole, who was admitted to a hospital in Mumbai, was discharged last week.

Darius Pandole, who survived the car accident in which industrialist Cyrus Mistry died, has told the police that his wife Dr Anahita was driving the Mercedes-Benz car in the third lane and could not merge into the second lane that turned narrow near the Surya river bridge in Maharashtra's Palghar, an official said.

The statement of Darius Pandole (60) was recorded on Tuesday by the officials of the Kasa police station in Palghar, under whose jurisdiction the accident took place on September 4.

Former Tata Sons chairman Mistry (54) and his friend Jahangir Pandole were killed after the car hit the railing of the bridge. Gynaecologist Dr Anahita (55), who was at the wheel, and her husband Darius suffered serious injuries.

Darius Pandole, who was admitted to a hospital in Mumbai, was discharged last week.

"His statement was recorded at his south Mumbai residence for one-and-a-half hours, during which he gave details of the accident," the official said on Friday.

He could not immediately recollect the September 4 incident in which his brother Jahangir Pandole and Cyrus Mistry died, he said. "In his statement, Darius Pandole said his wife Anahita was driving the Mercedes-Benz car when they were on their way to Mumbai. A car which was ahead of their vehicle went to the second lane from the third and Anahita also tried to follow the same," the official said.

When she tried to take the car to the second lane from the third, she found that there was a truck on the right side (in the second lane) due to which she was not able to merge into that lane, he said, adding the lane turned narrow near Surya river bridge.

Palghar Superintendent of Police Balasaheb Patil confirmed that they have recorded the statement of Darius Pandole.

"But the statement of his wife Anahita Pandole is yet to be recorded as she is still recovering," he said, adding that the final report from Mercedes-Benz was also awaited.