11 Women Missing For 52 Days, Bihar Official Knew All, Did Nothing

On March 20, during a routine inspection, a dozen of the 27 women, whose name was on the register, were found missing. But no alarm was raised, nor was the police informed. 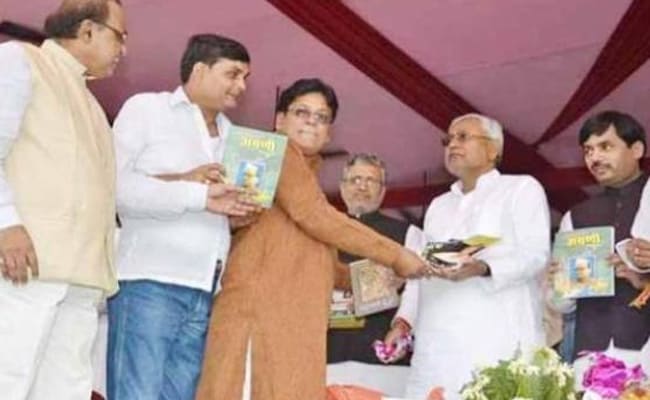 It took nearly two months to file a police case about the disappearance of 11 women from a shelter home run by Brajesh Thakur -- the man at the centre of the shocking child rapes in Bihar's Muzaffarpur. Investigations reveal that though the disappearance of the women was flagged on March 20, it was confirmed only on June 9. The case was filed only on July 30 - two days after Brijesh Thakur was chargesheeted.

Despite the uproar over the rapes of minor girls at Balika Grih, the local child protection officer refused to file a complaint with the police unless he was directed to do so by his bosses in the social welfare department in Patna, sources said.

Devesh Kumar Sharma, the Assistant Director of the district child protection unit said the delay was not on his part but at the secretariat level in Patna. The order finally came on July 20. The police case was filed on July 30 - that too after considerable pressure by a senior police officer, sources said.

"Swadhar Kendra", located just 2 km from the children's home, was for destitute women older than 18 who did not have a family. At the home, they were meant to be given professional training.

On March 20, during a routine inspection, a dozen of the 27 women, whose name was on the register, were found missing. But no alarm was raised, nor was the police informed. The inspection was done by district social welfare committee.

In wake of scandal at Balika Grih, another inspection was done on June 9 by the committee and the police, when the shelter home was found to be locked. Today when a local police team visited the centre and broke the lock, they found condoms, sedatives and empty liquor bottles inside.

Sources said the local child protection officer refused to take action in the case. Much of it, sources indicate, was due to the power and influence wielded by Brajesh Thakur.

The man not only ran a local daily, "Pratah Kamal", but was a member of several state-level media committees, including the press accreditation, Press Information Bureau and the Bihar assembly press committee.

Arrested on June 1, the 55-year-old was seen grinning widely while being led away by the police.

Shocking accounts of his depravity - rape, torture, drugging, beating- have been revealed by the minor girls living at the shelter home. More than 30 of the 42 girls - the youngest of them a seven-year-old speech-impaired child -- have been subjected to years of sexual abuse.