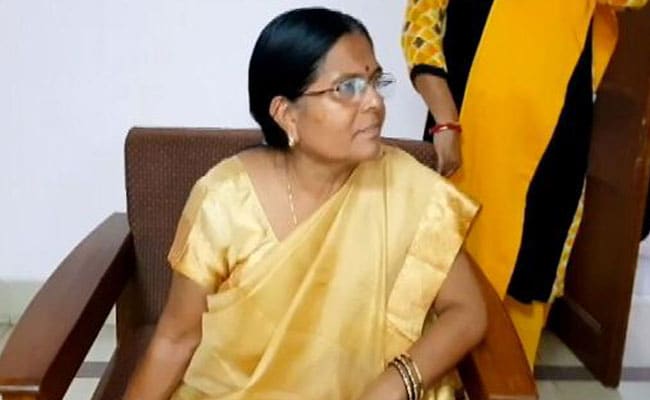 Manju Verma had moved the high court after her anticipatory bail plea got rejected.

Justice Sudhir Singh turned down the application of Ms Verma, against whom an FIR was lodged in August at Cheria Bariarpur police station of Begusarai district after the seizure of about 50 cartridges from her residence.

The seizure was made during a raid conducted at Verma's Patna and Begusarai residences by the Central Bureau of Investigation in connection with the Muzaffarpur shelter home sex scandal.

Ms Verma had stepped down as the Social Welfare minister following reports alleging close links between her husband Chandrashekhar Verma and Brajesh Thakur, the prime accused in the scandal.

She had moved the high court after her anticipatory bail plea was rejected by a  Begusarai court on August 25.