Bharat Dubey, a senior police officer of the area, said the man came to the police, alleging that his wife has been kept forcibly confined by her parents. 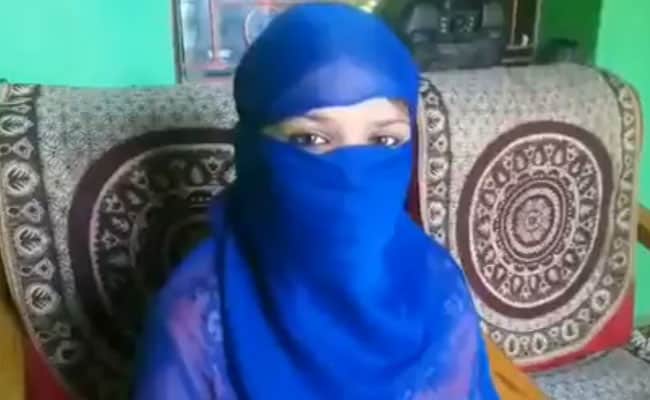 The woman, born into a Hindu family, had run off from home and married Irshad Khan

A Muslim man has been arrested in Madhya Pradesh after his wife alleged that he and his family were torturing her, demanding that she adapt his culture and learn Urdu and Arabic languages. The arrest was made under the provisions of the MP Dharma Swatantraya Act 1968. BJP-ruled Madhya Pradesh is among the states that are bringing in a law against "love jihad" -- a right-wing coinage targeting relationships between Muslim men and Hindu women, which, they say, is a ruse to forcibly convert the women.

The woman, born into a Hindu family, had run off from home and married Irshad Khan in 2018 by Islamic rituals. On Saturday, she returned to her parents.

"I was being regularly tortured by him (Irshad) to force me to adapt his culture and also learn Urdu and Arabic language. Unable to bear the torture, I've returned to my parents' house and will not return to him. I made a big mistake in leaving my house two years back and marrying him," the woman said.

Bharat Dubey, a senior police officer of the area, said the man came to the police, alleging that his wife has been kept forcibly confined by her parents.

"Later, the woman and her parents came to the police and complained that she will not stay with Irshad Khan as he used to torture him," he said. "On her complaint, a case has been registered against Irshad Khan. He has been accused under IPC sections that deal with cruelty to a married woman by her husband and in-laws and sections of MP Dharma Swatantraya Act 1968 and he has been arrested," the officer added.

The registration of the case under the existing Religious Freedom law assumes significance in view of the Shivraj Singh Chouhan government's preparations to introduce the MP Dharma Swatantraya Bill 2020 in the next session of the assembly – expected to be held towards the year-end.

In Bhopal, a young woman sought help from Home Minister Narottam Mishra on Friday, alleging that her husband was a Muslim who married her under a fake identity. Now he and his family were torturing her, demanding that she convert, he said.

Irshad Wali, the police chief of state capital Bhopal, said, "The police has registered a case under Section 376 of the IPC on basis of the statements made by the victim. The accused is absconding."

A few days ago, a local journalist, Maksood Khan, was arrested and sent to jail in Gadarwara, after complaint from a woman that he not only sexually harassed her, but also forced her to offer namaz and learn Islamic rituals. He also hid the fact that he is married and has a child.

The draft bill for "love jihad" -- officially the Dharma Swatantrata Bill 2020 -- provides for a 10-year jail term for people marrying with the aim of religious conversion. The religious clerics solemnizing such a marriage would have to face five years in jail. Misleading a woman with fake identity is also punishable under the proposed law.