The makers of Munna Michael unveiled the fifth song from the movie, titled Beparwah, today 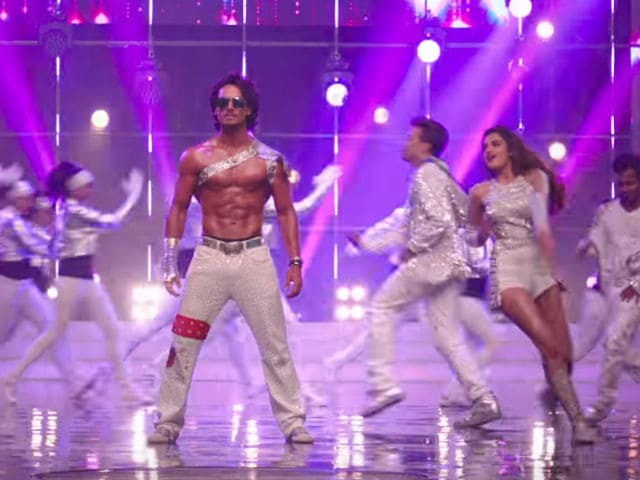 Munna Michael: A still from the song Beparwah

New Delhi: The fifth song of Tiger Shroff's upcoming movie Munna Michael, titled Beparwah, has been released by the makers of the film. In the three-minute song, Tiger Shroff shows off his super-cool dance moves along with Nidhhi Agerwal. At the beginning of the song, Munna (played by the 27-year-old actor) says, "Aap mein aur mujh mein ek baat common hain. Hum sab sapne dekhte hain. Par Kya hum unhe pura kar paate hain?" Beparwah will definitely make you want to put on your dancing shoes. The peppy song has been sung by Siddharth Basrur and Nandini Deb. Kumaar has written the lyrics of the song. Tiger Shroff shared the link of the song on Twitter and wrote: "This is just not dance...This is my ultimate performance! #Beparwah."

This is just not dance...This is my ultimate performance! #Beparwahhttps://t.co/FQ1hqzRqOQ

On Tuesday, Tiger Shroff shared a promo video of the song and said that he had a tough time shooting for it.

"This was very challenging for me. It's my biggest song till date. After every shot and take, I felt like puking because I used to put in so much of effort in each shot," he said.

My biggest & most challenging Song till date. Blood, sweat & love! #Beparwah Out Tomorrow on @ErosNow & on YouTube!#MunnaMichaelpic.twitter.com/AYQEjdxRcZ

In the film, Tiger Shroff will be seen portraying the role of a street con, Munna, who aspires to be a renowned dancer like Michael Jackson. During his journey, Munna befriends a gangster, Mahinder Fauji (played by Nawazuddin) and teaches him how to dance.

Promoted
Listen to the latest songs, only on JioSaavn.com
Munna Michael is Tiger Shroff's third film with director Sabbir Khan, after Baaghi and Heropanti.

Munna Michael is scheduled to release in theatres on July 21.